comScore Inc., a leader in measuring the digital world, has released results of a study on mobile QR and bar code scanning based on data from its comScore MobiLens service. 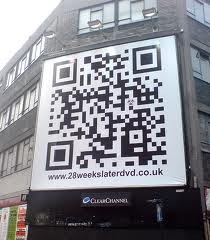 The study also analyzed the source and location of QR or bar code scanning. The most popular source of a scanned QR code were printed magazines or newspapers, with nearly half scanning QR codes from this source. Product packaging was the source of QR code scanning for 35.3% percent, while 27.4% scanned a code from a website and 23.5% scanned codes from a poster/flyer/kiosk. While TV and Business Cards were also noted, there apparently was little or no mention specifically of digital out-of-home or digital place-based media.

In a separate look at the European scene, (EU5 region including France, Germany, Italy, Spain and UK) 4.6% of mobile users and 9.8% of smartphone owners scanned a QR or bar code during the month of June 2011.

This entry was posted on Monday, August 15th, 2011 at 10:00 @458 and is filed under DailyDOOH Update. You can follow any responses to this entry through the RSS 2.0 feed. You can leave a response, or trackback from your own site.