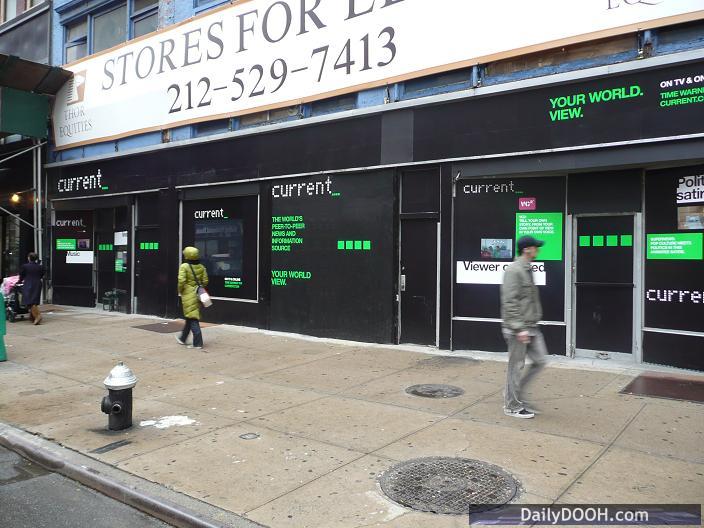 Motomedia the category creator and the experts at “Street Level TV” have been at it again – whilst the Mighty Boosh BBC3 promotion is running in Brick Lane as I type (and it looks likely they may have secured another advertiser / sponsor for the site venue, vinyls, ITrans screens, Bluetooth etc to stay in situ and keep running) they had last month nipped over to New York to run this campaign (shown above) for Current TV.

Looks like this particular medium (Street Level TV) is starting to gain interest with media buyers and planners and really starting to take off. It’s a niche and Motomedia seem to be the only ones doing it.

I was talking to the guys there yesterday and it looks like they will be adding Wi-Fi support to the mix really soon. As you all know my feelings about Bluetooth, this has to be another great initative – allowing users to have an instant call to action with an Internet connection makes so much sense (think Wi-Fi on the new iPods and a lot of the new phones and of course Blackberry support as well now – we are not talking about people whipping their laptop out of their bag).

This entry was posted on Friday, November 16th, 2007 at 03:49 @201 and is filed under Scuttlebut. You can follow any responses to this entry through the RSS 2.0 feed. You can leave a response, or trackback from your own site.