‘Let The Path Be Open To Talent’, MontNapoleone, Milan 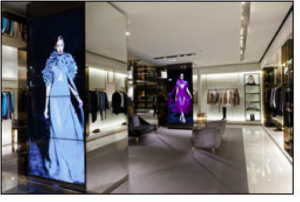 As we know, the fashion week doesn’t happen just in London, Paris and Milan also have their own. Whether it is to coincide with this Autumn’s Milan fashion week or not, one of the city’s most elegant streets, Via Montnapoleone laden with brands, is updating its digital signage, and this week it should have had a street party!

This entry was posted on Monday, September 26th, 2011 at 10:00 @458 and is filed under Scuttlebut. You can follow any responses to this entry through the RSS 2.0 feed. You can leave a response, or trackback from your own site.