Park Cast Network, New York, has signed an agreement with Ampco System Parking whereby it will roll out 50 new locations across the central areas of Chicago, mirroring the Manhattan demographic of affluent business people, shoppers, and sports fans. 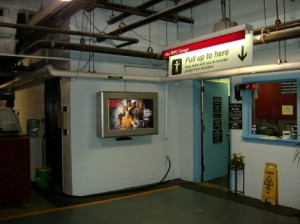 Park Cast Network operates digital out-of-home video advertising networks in (mainly indoor) public parking facilities in the central business districts of major cities in the U.S.. Its displays are strategically positioned to deliver messages to an on-the-go captive audience at the beginning and end of their daily routines.

Park Cast has recently been doubling its locations in New York City, growing the network from 50 locations to what will be 100 locations by the end of the year. Its targeted niche approach, demographic, and guaranteed dwell time has attracted a lot of attention from advertising partners. Current advertisers include ESPN Radio and Fox News, as well as severa loval advertisers.

“Chicago has been our next target as we built out across Manhattan,” says Joe Matriss, Park Cast’s managing director. “We are excited to offer our advertising partners more options and look forward to being included in more national campaigns as we expand our reach across similar demographics in a new market.”

The network was an attractive move for Ampco System to differentiate itself from its competitors.

“It’s going to bring us a new way to communicate to our customers while also helping us to brand our garages using this new form of technology,” says Lakeisha Holmes, the senior sales and marketing manager for System,

The Chicago roll out is planned for the next two months, with a planned schedule to activate fivescreens per week, tripling the size of Park Cast before the end of the year in terms of advertising reach and impressions delivered.

This entry was posted on Monday, October 3rd, 2011 at 09:59 @458 and is filed under DailyDOOH Update. You can follow any responses to this entry through the RSS 2.0 feed. You can leave a response, or trackback from your own site.