“Scala has a great stable platform for the retail vertical that can handle the social media, QR codes and all the new media offerings: What it has to do is a lot of communication, a lot of ‘Show and Tell.’” 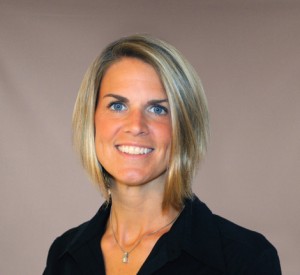 Patzer knows the retail sector really well. (See our Oct, 19/11 article on her appointment)
Obviously, that’s why Scala wanted her on board. And, she admits, she’s still in learning mode.

“I’m the type of person who wants to know all the details, all the nuts and bolts about how things work,” she says. “My priorities right now are to continue to learn and to collaborate with the team and partners. Globally, Scala is very strong in the retail sector, and I have a lot to learn from our global team and partners as well.”

Another of her priorities she says, is getting out there and finding out more from the customers about their needs and challenges.

“My job is more about communications, not about selling,” she says. “At the end of the day it’s all about helping the retailer to sell more stuff. Did we influence? Did we change the behaviour of the client on the sales path?”

Patzer answers directly to Scala’s new CEO Tom Nix, and she had also met the past CEO Gerard Bucas as well as Nix before joining the team.

“It’s amazing what they have done and the wealth of knowledge that they have,” says Patzer, who knew Bucas was leaving when she took the job. “Of course, I already knew Scala as a partner that I’ve enjoyed working with over the years. I like their approach to business. Scala is a pioneer that’s taking the lead and saying, ‘Let’s break the norm and show how we can integrate all the new media and metrics. Let’s show what we can do.”

Patzer’s job is new, with her role being to work with partners in Scala’s retail efforts, where Scala’s ‘analytics engine’ plays an important role.

“We have to help in every step on the sales path to show how the content relates to the customer and how it shows up in sales,” she says. “Scala is big globally, but there’s a lot more to be had in the U.S..”

While Patzer has been given certain goals on which she’ll be measured, her job is loosely defined with considerable flexibility – which helps since she’s the mother of two elementary school-age daughters.

“I’m still learning the Scala mentality,” she says. “The tech guys are very creative. In fact, we all have the chance to be creative, to add and add and add to stretch the boundaries of what Scala can do.

“I can’t quantify how big Scala can be in retail but I can tell you that to get there, communication is the key. Scala must ’Show and Tell’, and it will be out there doing just that.”

We got the feeling that there could be some roles changing within the company to help it reach its goals. Patzer’s own focus is the U.S. market.

“Retail has barely scratched the surface of what can be done, in terms of things like interactivity, augmented reality, QR codes,” she says. “And, with such a stable platform, Scala is ready to test the boundaries to help retailers achieve their goals. We can get information and learn from these technologies, too. We must harness the power.

“That’s what Scala has to do: get out there and show what it can do with its one solid platform. There’s a lot of noise in the industry. Scala’s challenge is that it must send a clear, concise message and cut through the noise.”

This entry was posted on Monday, November 7th, 2011 at 13:00 @583 and is filed under Scuttlebut. You can follow any responses to this entry through the RSS 2.0 feed. You can leave a response, or trackback from your own site.