No, no, no it’s not allegations of wife-beating this month but a certain Bruno Brookes gets a (nicer) mention in Saturday’s UK newspaper the Daily Mail. 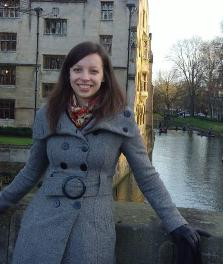 Immedia’s science officer scientific adviser Dr Vicky Williamson is quoted on the survey of 1,000+ shoppers who were asked both about their attitude to in-store music, and about how music affects them psychologically and emotionally.

Key results from the survey are as follows:

Whilst this is definitely worth repeating, personally I feel that there is nothing new here, it’s pretty much what we know already as it is oft told by fellow experts such as Julian Treasure and others. See Julian’s guest post ‘Sound Health In 8 Steps‘ here for example.

The issue is that retailers just ignore what is pretty much common sense.

This entry was posted on Sunday, November 6th, 2011 at 13:44 @614 and is filed under DailyDOOH Update. You can follow any responses to this entry through the RSS 2.0 feed. You can leave a response, or trackback from your own site.