Montreal-based Newad has acquired Media One’s assets and appointed Lino Ricco as its vice-president and regional general manager – Central Canada where he is responsible for commercial activities and sales with ad agencies in Toronto.

This marks Ricco’s return to Newad after a departure motivated by the desire to launch his own business in 1997. 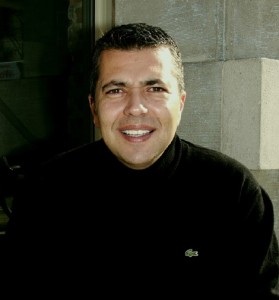 “Lino’s managerial talent, his vision and his expertise are great assets, which all of Newad’s departments will benefit from, notably Indoor Advertising, Experiential Marketing and Newad OnLine,” says Michael Reha, president and CEO. “The return of Lino to our team, in a strategic position with great potential for development, is excellent news for our entire team as well as our national clients.”

“Our team’s objective is to accelerate Newad’s growth rate by mobilizing long-lasting partnerships with advertisers who are concerned with optimizing their return on investment with the Youth and Affluent,” says Ricco.

Jean-Philippe Leduc and Brian Wyatt, executive vice-presidents, client relations and business development, both took an active role in Ricco’s return to Newad. “Lino will bring a new dimension to our sales team. His years of industry experience, combined with his great leadership, will help take Newad to the next level,” says Leduc.

Ricco was one of Newad’s founders and shareholders, notably as a sales vice-president from 1995 to 1997, during which time he greatly contributed to the company’s expansion in Toronto. After his departure in 1997, he remained very active in the indoor advertising and experiential marketing industries, contributing to the development of many businesses.

This entry was posted on Wednesday, November 23rd, 2011 at 09:58 @457 and is filed under Scuttlebut. You can follow any responses to this entry through the RSS 2.0 feed. You can leave a response, or trackback from your own site.