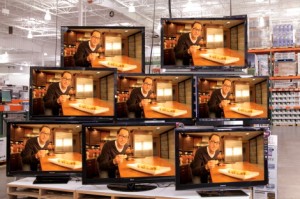 The series of 30- to 60-second cooking videos features Sam combining a few key ingredients to create appetizing favorites, such as Pesto Pizza, Shrimp Tacos and Sweet & Sticky Ribs. The latest in a series of original video productions introduced by PRN this year, the cooking episodes appear on PRN’s Checkout TVÒ Network and HDTV Network.

“This has been a great opportunity to present bite-size videos and provide inspiration to whip up something new in the kitchen,” says Zien. “I love sparking ideas for easy meals while people are out shopping.”

With no culinary or television experience, Zien began with 2-minute cooking segments airing twice a week on a local San Diego morning show. The segments caught on and grew into a 30-minute show appropriately named ‘Sam the Cooking Guy’ – an irreverent mix of humor and easy-to-replicate recipes. His regular ‘everyman’ style combined with creating food that was ‘big in taste but small in effort’ helped him gain a national audience with ‘Just Cook This!’ on Discovery’s Health Channel. Zien shoots his show in his own home and doesn’t believe in expensive and hard-to-find ingredients.

PRN’s services enable retailers and marketers to reach consumers in more than 8,550 locations in the U.S. and Mexico.

This entry was posted on Tuesday, November 29th, 2011 at 10:00 @458 and is filed under Scuttlebut. You can follow any responses to this entry through the RSS 2.0 feed. You can leave a response, or trackback from your own site.