Will Magenta’s Dace Put The House In Order?

It looks like Magenta Research is more Dace-y than dicey these days, with John Dace, president and CEO since September, putting the company into what appears to be a solid sense of order – and Keith Mortensen, while still a member of the Board on Directors, completely retired from the day-to-day operations of the company.

While we’ve seen Mortensen return to the company once before (after stepping down) to raise havoc in what seemed, until then, a well-run company, it appears this time he may be gone for good. At least, he isn’t coming to the office any more, we’re told, although he is ‘an advisor.’ 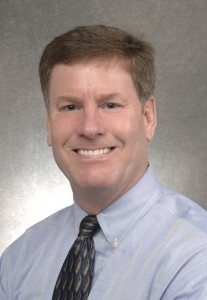 We had a great talk yesterday with Dace who admittedly was brought into the New Milford, Connecticut-based company by Mortensen and says the he respects Mortensen as ‘a great entrepreneur’ – we know lots of others that don’t have that same respect, Ed

Dace says that, since September, he’s been spending his time evaluating the company, looking at where the focus should be, and putting a solid structure in place in terms of who reports to whom and what the company needs.

“My strength is putting structures in place,” says Dace who earlier spent eight years in the AV industry with Liberty AV Solutions and earlier with Chief Manufacturing and 3M Company.. “Right now, I’m looking for a director of sales and a director of marketing. Then we’re going to put our focus on large venues, casinos, museums, and ‘command and control’ sectors (ie. governments, fire and police departments).”

With the two new directors, Magenta will have a staff of between 42 and 45, including, he says, “a great team of five developers (engineers) in the Montreal office headed by Yanick Reid as manager.”

“We’re hoping to have our new sales and marketing directors in place so we can launch MultiView 2 at ISE in Amsterdam,” says Dace. “We want to show major upgrades for our copper solutions (Mondo Matrix, MultiView and Infinea) and we want to really nail down Voyager, our fiber solution. Voyager is a great solution. Its key components are all in place but now we have to package and market it correctly.

“Magenta has great brand recognition. Since I’ve arrived I’ve been doing a lot of listening and talking. There are awesome people here. I’m a consensus team builder, and I’ve been given the great opportunity to put it all together and march forward.”

We get the feeling that Dace may really pull it off – if meddlesome Mortensen continues to stay out of the office.

This entry was posted on Thursday, December 8th, 2011 at 07:00 @333 and is filed under DailyDOOH Update. You can follow any responses to this entry through the RSS 2.0 feed. You can leave a response, or trackback from your own site.