This week we highlight three very different engagement technologies that provide ways for mobile shoppers to use their devices to move from off-line to on-line properties. 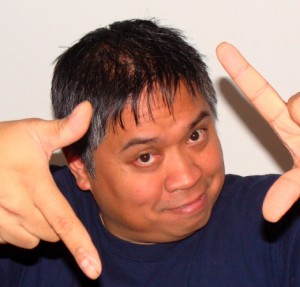 Getting people to engage with your brand in-store continues to be the toughest part of a campaign.

Lately however, getting people to use their mobile devices as part of their shopping has become easier BUT is typically limited to mobile search, price comparisons and peer recommendations.

A quick look at the latest engagement tactics for mobile reveal that “new” isn’t really that new – remember when bluetooth was the new, hot, technology heh? Ed

The power of three? Well, in all cases, someone has to either have the special technology enabled on their phone, or they download something in order to be able to use their mobile device in the specified manner.

Studies show that – shoppers will go to the trouble of downloading/installing/activating an app or feature – mainly because they think it will make their lives easier or they’ll get a deal out of it.

Bearing this statistic in mind, it’s important to note that 80% of all mobile apps downloaded are discarded within 30 days of installation AND 1 in 4 apps are rarely used again after being installed.

This high rate of churn is related to bad user experiences – simply put, if apps are too hard to use, or don’t work as advertised – people stop using them.

†Special thanks to Raffi Vartian for sending us the link on SonicNotify. Now exactly where did that guy go? 😉 Ed

This entry was posted on Friday, December 16th, 2011 at 07:30 @354 and is filed under DailyDOOH Update. You can follow any responses to this entry through the RSS 2.0 feed. You can leave a response, or trackback from your own site.