Using Windows As A Signage Platform

I was chief architect of a Windows based signage player platform (Inspired Signage) from the late 1990’s until 2010. I’ve learned a lot in that time, and I wanted to write something to help all those companies doing it today who perhaps don’t have 12+ years of painful experience behind them. 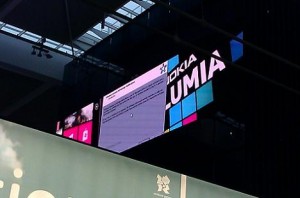 I see too many examples on my travels of BSODs (Blue Screens of Death), pop up windows, windows desktops, taskbars and mouse cursors, when what I should be seeing is beautiful content. Windows is derided as a platform for exactly these issues, none of which are usually the fault of Windows itself.

So here are some easy things you can do to avoid them.

Hope that helps – everyone from resellers to integrators to manufacturers should be able to get something useful from this (if they didn’t know it already!).

This entry was posted on Wednesday, December 28th, 2011 at 20:41 @903 and is filed under DailyDOOH Update. You can follow any responses to this entry through the RSS 2.0 feed. You can leave a response, or trackback from your own site.

5 Responses to “Using Windows As A Signage Platform”