MediaZest Plc (AIM: MDZ), who have been very quiet of late, announced this week new working relationships with key clients for the provision of its Virtual Mannequin products. 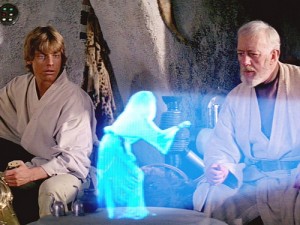 We are told that MediaZest has been working directly with major brands and end users to build a strong pipeline of opportunities as well as delivering a number of Virtual Mannequin projects for new clients.

The Group has completed Virtual Mannequin projects for a major supermarket and a bank, as well as for NHS pilot schemes, several airports and as part of a number of exhibition stands for key brands.

The announcement stated that whilst the Group has worked hard to directly target major brands, it has also been working with key partners to strengthen their offerings to their own customers, including BT.

BT’s Adastral Park, one of the biggest research and development centres in the world, is where BT uses and displays the latest ideas and solutions to inspire, educate and demonstrate the art of the possible to their customers.

A MediaZest Virtual Mannequin has been displaying in one of BT’s showcases [Government and Community Showcase] since October 2011.

As part of its commitment to the Retail Business Technology Expo, held in
London last week, BT brought its research and development centre to Earls Court. BT has included MediaZest’s Virtual Mannequin as part of its `The Future of Retail – Lighting up the High Street‘ showcase: a showcase that included interactive demonstrations of current and future technology where visitors could get their hands on some of the technology that will shape retail in the near future.

BT, we are told, will work with MediaZest to supply solutions to customers when requested.

Rob Mayhew, Adastral Park Showcase Environment Manager told us “We have featured MediaZest’s Virtual Mannequin in BT’s R&D centre Adastral Park since October 2011 and it has been helping us to excite our customers with
possibilities for the future.”

Geoff Robertson, CEO of MediaZest also said “Following our success in launching the Virtual Mannequin into the UK airport sector, the Group has targeted other markets where the product can be particularly effective including the retail environment and the exhibition sector. Working with partners such as BT is an excellent way to reach more potential customers and we look forward to building our relationship in the coming months.”

This entry was posted on Wednesday, March 21st, 2012 at 18:34 @815 and is filed under DailyDOOH Update. You can follow any responses to this entry through the RSS 2.0 feed. You can leave a response, or trackback from your own site.