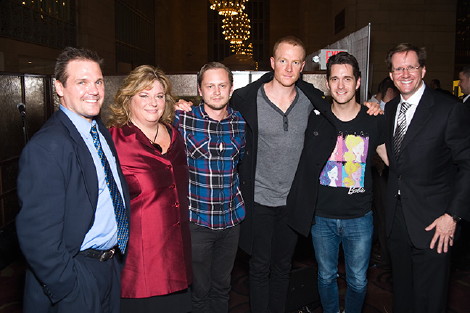 The band played tracks off of their new album ‘Speak in Code’ as well as played fan favorites including ‘Here’s to the Night’ and ‘Inside Out’.

During the event, François de Gaspé Beaubien, chairman and CEO of Zoom, discussed trends in the digital-place- based market and the upcoming release of Zoom Media’s data on ‘The Fitness Consumer’.

This entry was posted on Friday, May 11th, 2012 at 07:34 @357 and is filed under DailyDOOH Update. You can follow any responses to this entry through the RSS 2.0 feed. You can leave a response, or trackback from your own site.