We’ve discovered that our friend Bob Michaels is now holding the position of senior vice-president of worldwide sales for ZeeVee, where he is helping grow sales in North America as well as expanding the five-year-old company’s offers internationally. 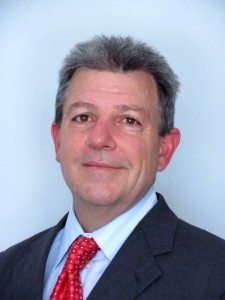 ZeeVee products convert video sources such as digital signage players, satellite receivers or any other content and turns them into digital cable channels so they can be broadcast over existing coax infrastructure and received directly by any off-the-shelf HDTV.

“My role is to help the company to better understand the consumer and to grow it outside North America as well as improve sales in the U.S., Canada and Mexico,” says Michaels, former CEO of Magenta Research and most recently president of Digital View’s global digital signage division.

“Co-axial cable sounds old-school until you realize how many buildings have it, and the fact that people want to take advantage of it, especially in this economy. We hope to increase sales in the U.S. about 50% this year.

“We’re offering HD video and audio over the existing infrastructure in buildings such as sports bars, hotel rooms, college dorms, hospitals, old age homes, any building that already has coax.”

“We’re starting to align international distributors,” says Michaels, who expects to do considerable traveling in his new role. “One of my fortes is building export markets and building solid sales teams, and it’s a role I’ll be playing with ZeeVee as well.”

This entry was posted on Wednesday, May 30th, 2012 at 09:23 @433 and is filed under DailyDOOH Update. You can follow any responses to this entry through the RSS 2.0 feed. You can leave a response, or trackback from your own site.