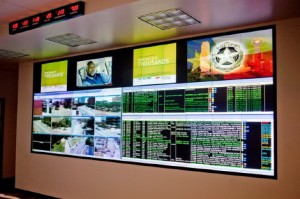 The 72-unit Christie MicroTiles display is part of the Center’s comprehensive technology upgrade to fight crime in the City of Dallas and to gather and share intelligence information with state-level and Federal Homeland Security.

Now, equipped with new consoles, a SMART Board, intelligent switching capability, and visualizing data from more than 25 sources, the Dallas Police Department, through AV solutions provider, Whitlock, turned to Christie for its visual technology.

“The MicroTiles also offer a low cost of operation and a long track record of reliability, which made them the perfect choice for the Fusion Center.”

As a result of the technology integration, up to 27 Fusion analysis detectives per day work more effectively with the added ability to monitor a comprehensive common operating picture displayed on the MicroTiles wall in real-time. 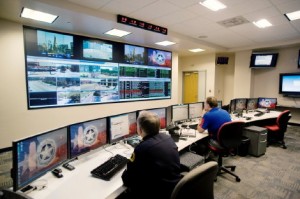 “The facility operates 24/7 so we needed a video wall that was high resolution, durable and low maintenance,” says Paul Schuster, senior corporal and special projects coordinator of the Dallas Police Department.

“Our detectives monitor close to 100 cameras all around the city, including officer locations, calls and national live events, so the Dallas Police Department needed a video wall that could help us maintain our 24-hour operation. Christie MicroTiles do just that, while lowering the cost of operations.”

Dallas Police Chief David O. Brown credits the Fusion Center, its technology and other new initiatives for reducing crime in Dallas for the eighth consecutive year.

Brown says, “It’s about policing smarter, using the information and technology that is available to outsmart the criminal element.”

In addition, Creevy says, “Christie MicroTiles self-calibrate and are designed for maximum image quality in high ambient light environments, such as the Dallas Fusion Center.” .

Fusion Center Commander Lt. Thomasson, says, “With the Fusion Center’s advanced technology, we are fighting crime more intelligently in the City of Dallas. Our detectives have quicker access to information that can be shared responsibly with one another, with other departments and with the patrol officers working the streets.”

“Today’s control rooms go beyond traditional displaying and monitoring,” says John Stark, senior director, collaborative visual solutions at Christie. “Integrated technology allows information to be shared anywhere; quickly, accurately, and effortlessly,” “The Dallas Police Department had the foresight to see the benefit of using Christie MicroTiles as the visual element of their newly integrated environment, advancing the efficiency and accuracy of their intelligence operations.”

This entry was posted on Friday, July 27th, 2012 at 08:53 @411 and is filed under DailyDOOH Update. You can follow any responses to this entry through the RSS 2.0 feed. You can leave a response, or trackback from your own site.