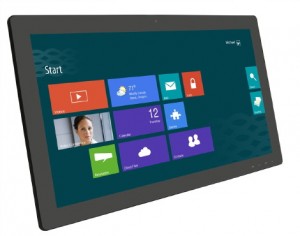 The Planar Helium family of multi-touch desktop monitors is designed to bring the touch experience alive when paired with a Microsoft Windows 8 device such as an Ultrabook, tablet or desktop PC.

The Planar Helium family debuts with a 27-inch model capturing the Microsoft Windows 8 touch experience without costing thousands of dollars for an all-in-one solution. To use touch-enabled features, customers simply plug the monitor directly into their Ultrabook, tablet or desktop PC. The monitor includes a sleek, easily-adjustable, and ergonomically-friendly Helium Stand for a comfortable and controlled user experience. It also comes with a built-in webcam for video communication such as Skype, Microsoft Lync, and other webcam-based collaboration or video conferencing tools.

“The desktop of the future is touch, and the Planar Helium multi-touch monitor delivers the ultimate touch experience,” says Cris Derr, product marketing director, Planar Systems. “This feature-rich monitor brings out the best in Windows 8 and with the touch technology, unique stand design and webcam, it facilitates user productivity and collaboration.” 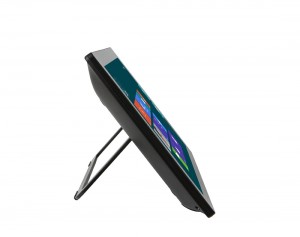 The Planar Helium multi-touch monitor is considered ideal for software developers, enterprise users and individual technology enthusiasts. Software developers, test engineers and designers will benefit from the ability to build and test touch-enabled applications right from the desktop.

The Planar Helium 27-inch monitor will be available in early October 2012 through Planar’s network of authorized resellers.

This entry was posted on Thursday, September 20th, 2012 at 15:00 @667 and is filed under Scuttlebut. You can follow any responses to this entry through the RSS 2.0 feed. You can leave a response, or trackback from your own site.