Adspace Digital Mall Network, owner of the largest in-mall digital advertising network in the U.S., has launched Clip’d, a mobile platform that allows retailers to offer mobile coupons to shoppers just steps from their stores. 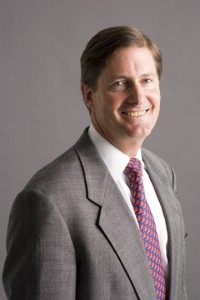 In addition to in-store coupons, Clip’d also offers the best in-store sales in the malls, and exclusive digital content from advertisers, including movie trailers, new TV show previews and behind the scenes celebrity videos from Lucky Magazine.

“We launched the app initially in four malls across the U.S. – Garden State Plaza, New Jersey; Glendale Galleria, Los Angeles; Memorial City, Houston; and Oak Park in Overland Park, Kansas – in a 10 week pilot study,” says Bill Ketcham, executive vice-president and CMO, Adspace. “Our aim is to help advertisers on our screens to extend their advertising and be even closer to their customers.”

A few of the participants in the test and subsequent national launch of Clip’d include: Macy’s, Express, Stride Rite, Sears Portrait, Things Remembered, Solstice, Crabtree & Evelyn, Aeropostale and Jos. A. Banks.

“Macy’s, which has about 800 stores across the U.S., has been extremely helpful to us in getting this rolling,” says Ketcham.

The app, available on iPhone and Android phones, can be downloaded via iTunes and Google Play. It can also be downloaded with the help of Zoove’s ‘StarStar’ system, by dialing **CLIPD to get the app downloaded directly to a smart phone. Once downloaded, shoppers can select coupons from retailers and send them to their mobile ‘wallet’ for in-store redemption.

Joe Gillespie, president and CEO of Zoove Corp. says, “The Clip’d downloads (during the pilot) performed very well, with strong end-to-end engagement and high activation rates, comparable to some of the results we have seen with broadcast TV campaigns. It is impressive that the in-store television advertising network is able to leverage digital billboards to engage shoppers at such high rates. In working with the StarStar platform, they are able to offer the added benefit of real-time data to assess the impact of mobile marketing in different locations, so we are enthusiastic to be working so closely with Adspace Smart Screens.”

Ketcham says that, during the pilot, of those people who downloaded, about half redeemed the deal, “a high rate of redemption.”

Promotion for the app included a 30-second spot explaining the app, how to download it and how it works, and 15-second spots to promote each coupon available, with a quick demonstration of how Clip’d works. This will now take place on more than 1,700 high-definition screens in 128 malls of the Adspace Digital Mall Network.

“Clip’d was driven by the So-Lo_Mo movement,” says Ketcham. “Advertisers and agencies were asking us what more we could do for them. This is the foundation of our mobile strategy, giving mall shoppers immediate access to the best values in our upscale malls. It is also a platform for us to add tremendous value to our advertisers’ ad campaigns on the Smart Screens, from delivering digital video content to sending customers to a microsite. It gives added value to a buy on our network.”

Adspace, which worked with AdTheorent, New York, to develop Clip’d, controls everything on its screens across the U.S., including the Clip’d deals, from its headquarters in New York.

This entry was posted on Wednesday, October 3rd, 2012 at 14:14 @634 and is filed under DailyDOOH Update. You can follow any responses to this entry through the RSS 2.0 feed. You can leave a response, or trackback from your own site.