The @GreenGiant made a 3D appearance at New York City’s Grand Central Terminal for the #OneGiantPledge campaign. 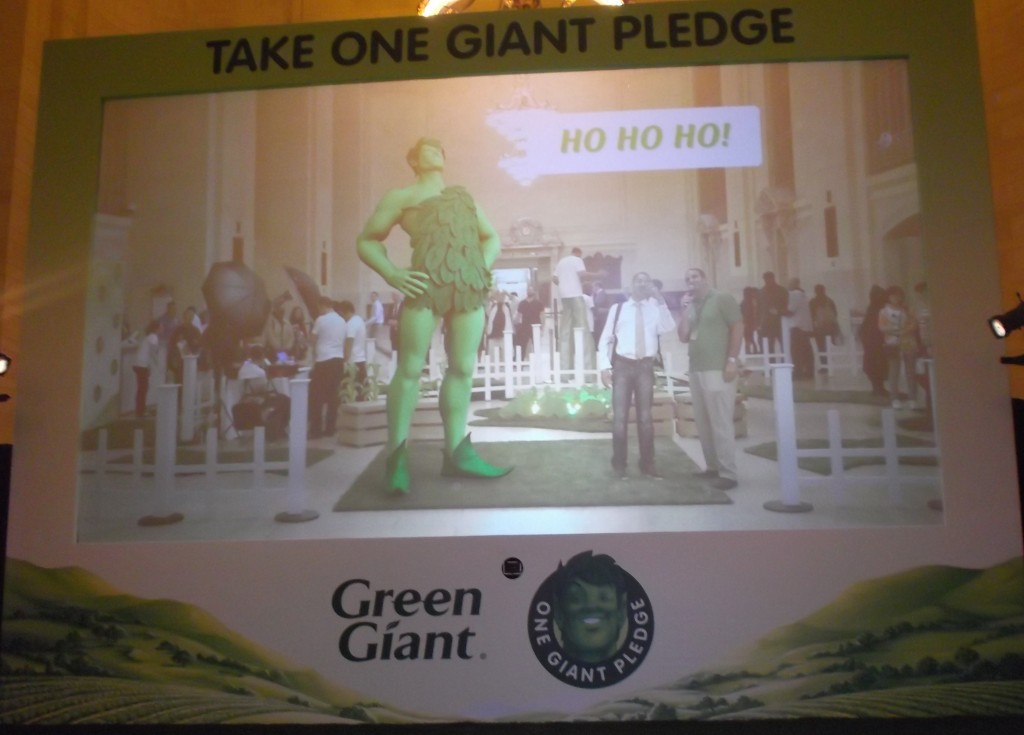 The augmented reality experience was displayed on a giant digital billboard where you could ‘Take One Giant Pledge‘ to consume more green vegetables over the next 30 days. 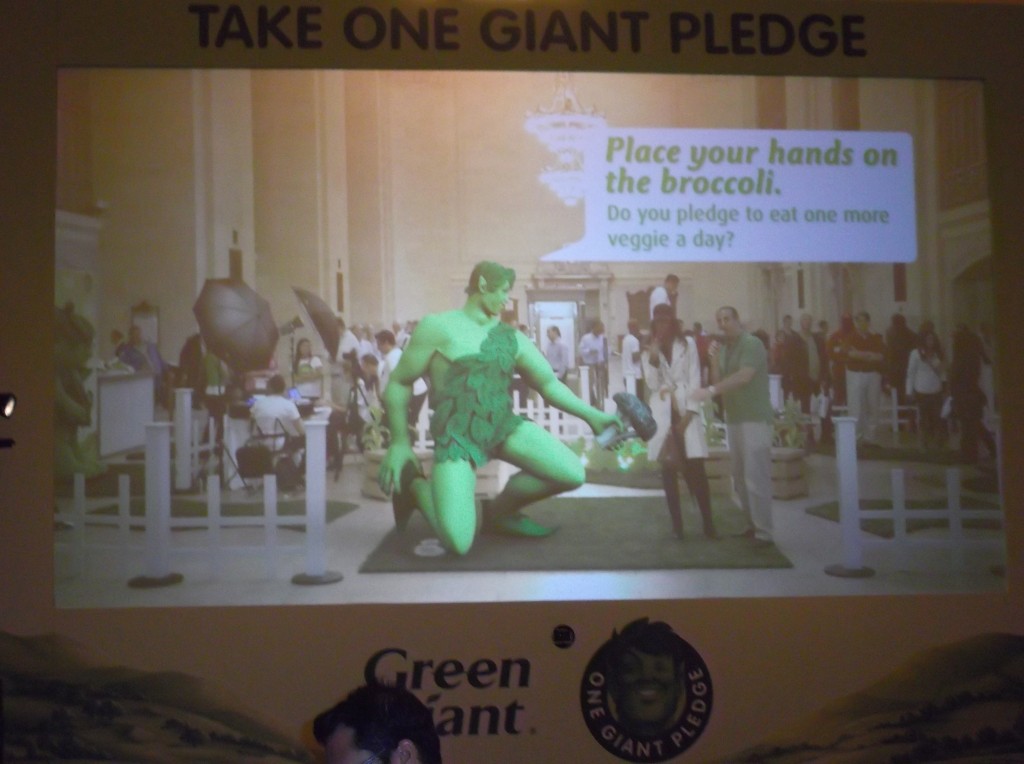 Consumers were given a chance to have their photo taken with the @GreenGiant which they could redeem on Facebook and they were given a green pledge bracelet, a coupon for Green Giant frozen boxed vegetables and miniature @GreenGiant children’s toy. 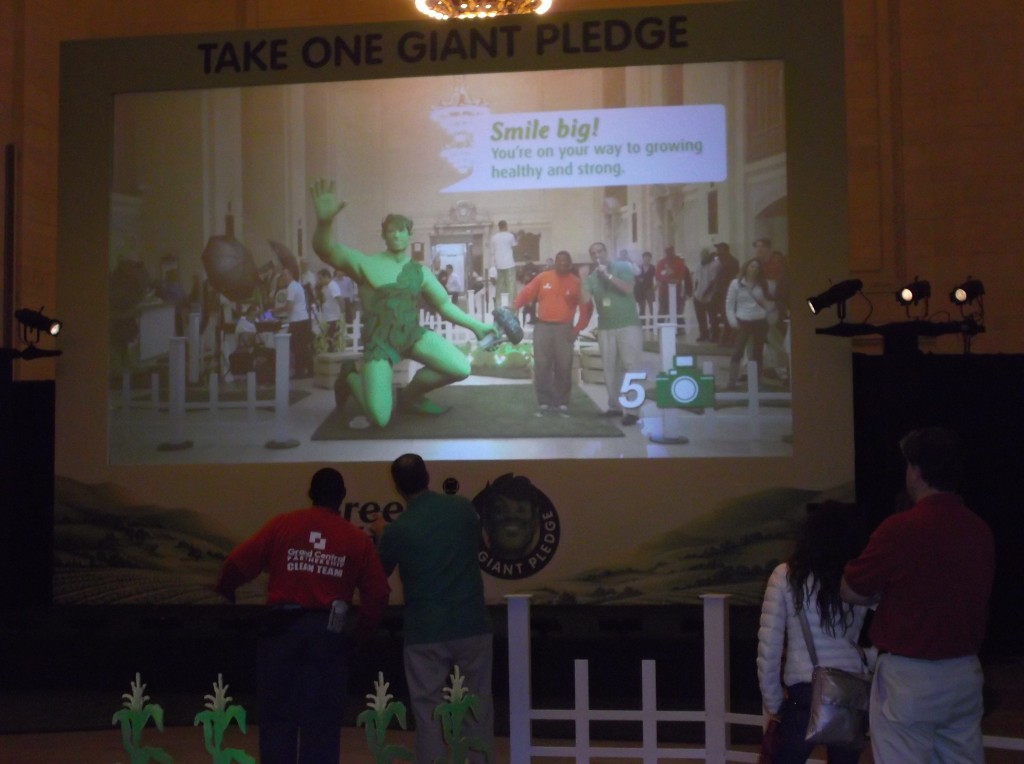 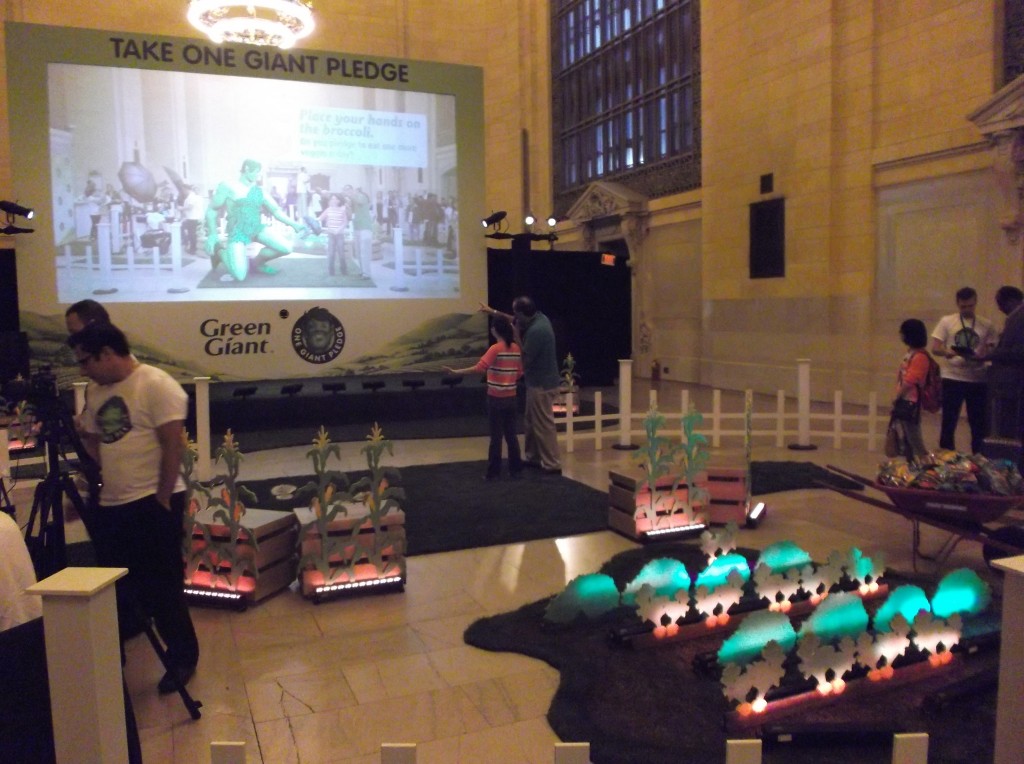 Even though the event which was more targeted towards families and children yours truly “I, JP Biamby pledged to eat one more veggie everyday so I can be more healthy”. 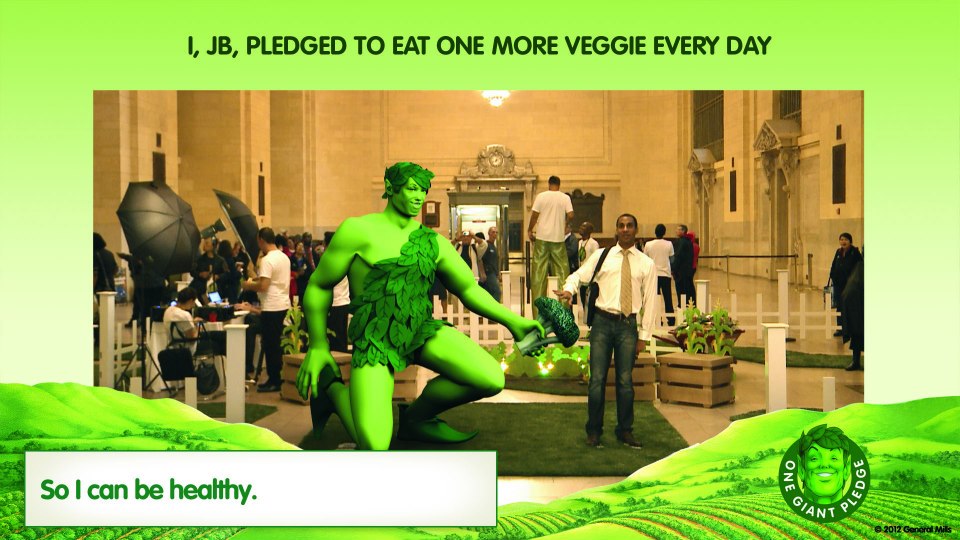 This entry was posted on Wednesday, October 3rd, 2012 at 10:05 @461 and is filed under DailyDOOH Update. You can follow any responses to this entry through the RSS 2.0 feed. You can leave a response, or trackback from your own site.