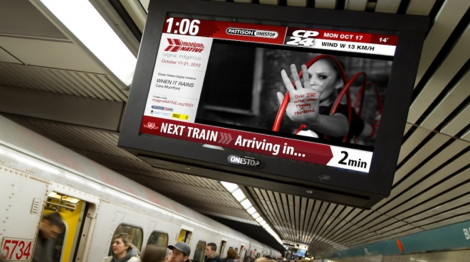 The national project of the four commissioned works celebrate and honour Indigenous women and their contributions as strong, successful and valued members of society.

Stolen Sisters Digital Initiative will play on the Pattison Onestop subway screens to over 1 million Toronto’s daily commuters, nationally on digital monitors in shopping centres across Canada, at the Calgary International Airport, and TIFF Bell Lightbox.

This entry was posted on Monday, October 15th, 2012 at 11:00 @500 and is filed under DailyDOOH Update. You can follow any responses to this entry through the RSS 2.0 feed. You can leave a response, or trackback from your own site.