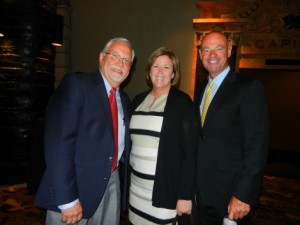 “The Bigger Picture in cinema has always been about content, scale and engagement, but we’re now expanding it beyond the theater to include the world of mobile and social — helping brands reach audiences at every step of the movie-going process,” Cliff Marks, president of sales and marketing with NCM Media Networks, told the audience of nearly 700. “Coming off of the biggest year ever at the box office, NCM is a viable option for national TV and video upfront dollars, especially considering the enormous weekend reach of the NCM network and the continued fragmentation that is affecting both viewership and engagement in other media.”

National CineMedia’s network reaches over 1,500 theaters and approximately 19,300 screens with 3 million+ seats in 183 DMAs (49 of the top 50) in the U.S., with an annual audience of approximately 710 million moviegoers. NCM is America’s No. 1 weekend network, consistently ranking higher in reach than any other network on Fridays and Saturdays. 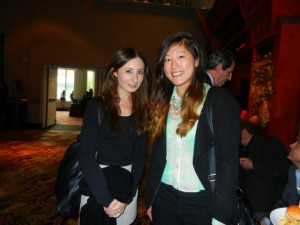 NCM showcased the best Hollywood content from the upcoming movie season, and then shone the spotlight on the many ways that brands can be a part of this movie magic, from its pre-show program to film tie-ins to exclusive partnerships with the Academy Awards, the Golden Globes and the Tribeca Film Festival.

“Bigger really is better,” said Marks. “Not only does our NCM network reach over 700 million moviegoers a year, but the high level of engagement from our audience is unique to the cinema medium. Our viewers make a decision to go to the movies — they choose to come out with friends and family to watch our 40’ screen and be entertained.” 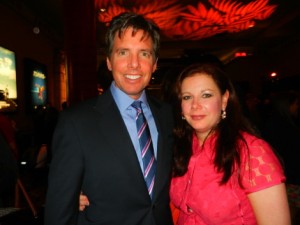 Because the social activity of ‘going to the movies’ extends beyond the theater, NCM also unveiled ways for brands to go beyond the big screen and reach audiences before, during and after the movie. NCM has created a huge online and mobile entertainment network, featuring over 40 top entertainment-related websites and over 100 mobile applications that ‘connect the dots’ of the movie-going experience. Reaching over 50 million monthly uniques, NCM’s Online and Mobile Networks will now expand the FirstLook digital entertainment and advertising pre-feature program to digital video and second-screen mobile applications, including: 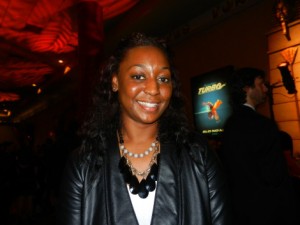 As mentioned in our earlier published exclusive interview with Marks, NCM also announced new deals with industry leaders Twitter and Foursquare that will allow advertisers to be a part of the social conversation surrounding movies. NCM is developing a weekly multi-platform series highlighting the latest trending movie topics, produced by NCM and powered by Twitter and its real-time data. This weekly series will be featured on-screen and on Twitter, giving movie audiences a chance to continue the conversation and influence upcoming episodes before and after the movies. Over the next few weeks, NCM and Twitter will be taking this concept to market to find a presenting sponsor.

Foursquare has more than 3.5 billion checks-ins since its founding, with movies being one of the most popular categories. NCM is working with Foursquare to offer people local content and offers that are relevant to their movie-going experience. The new NCM Foursquare ad program will roll out through NCM’s regional sales team, bringing Foursquare’s unique combination of check-ins, local search and consumer loyalty to NCM’s regional and local clients. 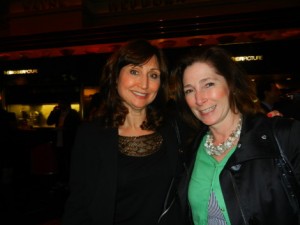 “Going to the movies is one of America’s original and unique social experiences, so it is only natural that conversations about movies continue in social media,” said Marks. “By expanding our digital capabilities through smart partnerships, NCM can now offer upfront buyers the full power of cinema — on-screen, on-site, online and on mobile devices.”

With its new deal with Entertainment Weekly, also mentioned in our Interview with Marks, Jess Cagle, editor, will host red carpet vignettes on-screen in NCM’s FirstLook pre-show, bringing moviegoers the latest in movie and entertainment news from the publication.

This entry was posted on Sunday, May 19th, 2013 at 13:05 @587 and is filed under DailyDOOH Update. You can follow any responses to this entry through the RSS 2.0 feed. You can leave a response, or trackback from your own site.

One Response to “NCM Says Bigger Is Better At Cinema Upfront”