Santa Monica, California-based Spotlight Cinema Networks, which reaches an audience of affluent, educated, influential adults within a sophisticated cinema environment, has named its first CEO and is also promoting and realigning responsibilities of sales, marketing and exhibitor relations under one person, with a key executive relocating to New York.

The expansion of the New York office also means the formation of a dedicated marketing department within the company.

Spotlight has appointed Jerry Rakfeldt as CEO, a promotion from his current position as president; Michael Sakin will relocate to New York and be promoted to president, sales and exhibitor relations; and Christine DelGuidice-Kraemer has been hired as the new marketing director.

Rakfeldt has more than 25 years of broad-based industry experience, including overseas assignments in Asia where he supported the global marketing efforts of Toyota Motor Corporation, and later, managed a Liaison office for Saatchi & Saatchi Advertising in Tokyo. Upon returning to the US, his focus turned to growing enterprises, from an Internet-based start-up in 2000, to acquiring Arthouse Marketing Group in 2007, to the formation of Spotlight Cinema Networks in 2010. He will continue to be based in Santa Monica. 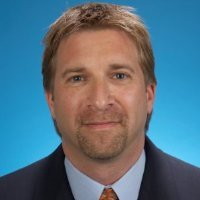 “The cinema advertising market has been very receptive to Spotlight since its launch,” says Rakfeldt. “Given this success, we felt this was the right time to expand Spotlight’s presence and advance the company, with Michael Sakin now running sales, exhibitor relations and marketing out of our New York office.”

With his promotion to president, Sakin will be responsible for all revenue generation as well as growing Spotlight’s distribution across the country. Sakin has more than 20 years of national ad sales experience, including as senior vice-president of advertising sales for Landmark Theatres, as well as running the western and midwest regions for Screenvision. Sakin began his advertising career as a media buyer at DMB&B on the Kraft/General Foods account. After completion of the Turner Broadcasting Sales Training Program, he joined Fox Cable Networks as an account executive and was promoted to senior vice president of advertising sales. During his eight-year tenure, he successfully launched the FX Network, Fox Movie Channel, Fox Sports Net, The Health Network and National Geographic Channel. Following Fox Cable Networks, Sakin became the senior vice-president of advertising sales for The Game Show Network, where he was responsible for increasing the network’s advertising revenue by 200%. Prior to joining Screenvision in 2006, Sakin started the sponsorship group at Ultimate Fighting Championship.

“This is a key move in driving Spotlight’s growth and I am extremely excited to take us to the next level and beyond,” Sakin said. 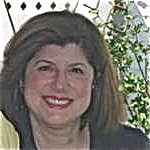 “Spotlight Cinema Networks is happy to announce the formation of a dedicated marketing department and we are very fortunate to add a proven marketing talent like Christine DelGuidice-Kraemer,” says Sakin. “Christine has tremendous marketing experience, especially in cinema.”

DelGuidice-Kraemer, who will also be based in New York, brings nearly 20 years of marketing experience to Spotlight. She recently held the position of marketing director at Screenvision, where, during her seven-year tenure, she successfully launched initiatives to gain and maintain new clients while contributing to the bottom line with lead-generation initiatives in and outside of the theater environment. Her efforts resulted in year-over-year gains. Prior to Screenvision, DelGuidice-Kraemer created marketing strategies and custom-integrated programs for clients including Chrysler, The Home Depot, Avon, L’Oreal, The Milk Board, Dodge and Kraft while at Conde Nast, Hearst and Meredith Publications.

“It’s an exciting time to be in this industry, and with the support of Spotlight’s CEO and president, we’re ramping up our marketing efforts to continue to be the leader in reaching an upscale, adult audience,” said DelGuidice-Kraemer.

Spotlight Cinema Networks is owned by Mark Cuban, Todd Wagner and AMG and represents the top exhibitors in this genre, including segment leaders Landmark Theatres, Angelika Film Center and Laemmle Theatres. In addition to Santa Monica and New York, it also has an office in Chicago.

This entry was posted on Wednesday, June 12th, 2013 at 10:00 @458 and is filed under Scuttlebut. You can follow any responses to this entry through the RSS 2.0 feed. You can leave a response, or trackback from your own site.