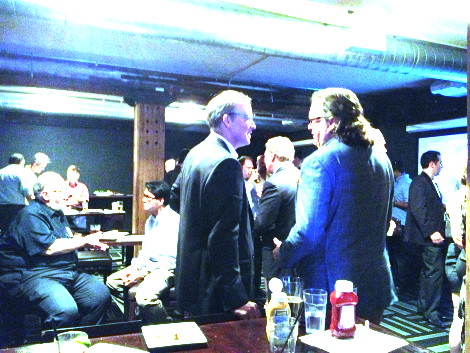 Sponsored by NEC Display Solutions and Capital Networks and held in partnership with CODACAN, the event featured a brief presentation from OLG’s Michael Tutton, the lead on OLG’s Digital Signage initiative featured in this study [PDF].

The event drew a strong crowd, with a wide range of regulars from previous Toronto Digital Signage Mixers as well as a strong showing of new and international attendees.

Many others in attendance really helped make this a well-rounded industry event.

This entry was posted on Friday, June 28th, 2013 at 14:40 @652 and is filed under Scuttlebut. You can follow any responses to this entry through the RSS 2.0 feed. You can leave a response, or trackback from your own site.