The 2013 NBA Draft on ESPN June 27/13 was simulcast in Times Square on three LED Spectaculars which included The ABC SuperSign, The Disney Store LED, and American Eagle Times Square. 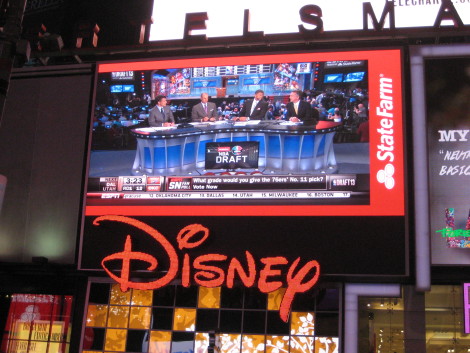 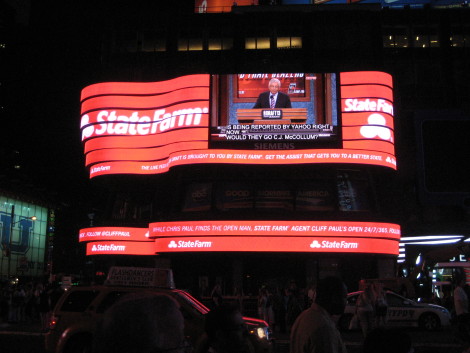 This entry was posted on Wednesday, July 10th, 2013 at 07:00 @333 and is filed under DailyDOOH Update. You can follow any responses to this entry through the RSS 2.0 feed. You can leave a response, or trackback from your own site.