“We’re having a great year, a banner year,” says Susan Danaher, the former president of the Digital Place-based Advertising Association, who seems to have settled into her new role as executive vice-president and chief revenue officer of New York-based Adspace Networks quite nicely, thank you. 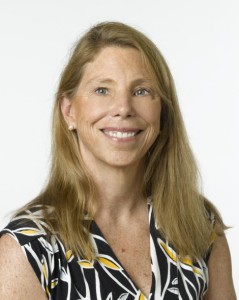 “Dominick Porco, Chairman and CEO, and Bill Ketcham executive vice-president, chief marketing officer, have been a wonderful help in getting me up to speed,” says Danaher. “Of course, it helped that I was familiar with the company as a (founding) member of the DPAA. In some ways, I feel like I haven’t changed my position in a dramatic way.”

We asked Danaher what the biggest surprise for her was. After some thought, she said that it was the amount of travel she is doing.

“I’m spending about 50% of my time on the road,” she says. “Mind you, I love it, and my family is used to it. I’ve always been a road warrior. At the moment, most of my travel is to Detroit, Chicago and Los Angeles, and that will probably be the case for the next 12-to-18 months. And since I also have family in Detroit, and I have lived in LA and know a lot of people in Hollywood from my days with MTV and other cable networks, it’s certainly easy travel.”

Adspace has 206 malls, and has digested its buy last year of Mallvision very well, says Danaher. In addition, it has added product enhancements, including mobile applications on all its screens.

“A nice thing about Adspace is the continuity of its advertising,” she says. “A lot of companies experience low periods, but Adspace keeps steady advertising with retail, packaged goods in health and beauty, entertainment. This year, it has been getting more advertising from the telecoms, and automotive is starting to increase.

“Along with automotive and entertainment, we’re focused on increasing the financial and insurance advertising.”

While Danaher wasn’t in the position to give us Adspace’s specific numbers, she says that the Outdoor Advertising Association of America has just given new figures for the out-of-home industry: showing growth up 22% on Q2 and 10% for the first half of 2013.

“We‘re doing better than that,” she says. “That means that we are outpacing the industry.”

This entry was posted on Tuesday, July 23rd, 2013 at 10:00 @458 and is filed under DailyDOOH Update. You can follow any responses to this entry through the RSS 2.0 feed. You can leave a response, or trackback from your own site.