Digital Cinema Media (DCM), the UK market leader in cinema advertising, has appointed Nigel Sharrocks to the new role of Non-Executive Chairman. His responsibilities will include chairing DCM’s external board which comprises senior representatives from the leading cinema chains Cineworld, Odeon and Vue. 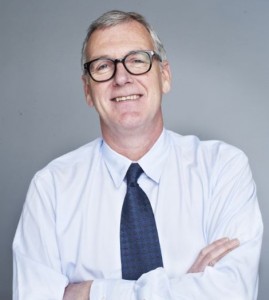 Working closely with DCM’s CEO, Simon Rees, Nigel will draw on his unrivalled experience across both the media and film industries to help investigate new opportunities and ultimately grow cinema’s share of the media market.

Simon Rees, CEO, Digital Cinema Media, says: “The appointment of Nigel reflects our commitment and ambition to grow and innovate within our company and the cinema sector. His experience, contacts and reputation across all aspects of our business will be invaluable in driving us forward. He’s also a genuinely great guy who will be a fantastic support and sounding board for me and our senior team.”

Most recently, Nigel was Chief Executive Officer of Aegis Media Global Brands, where he was responsible for the global brand networks – Carat, Vizeum and Posterscope.

After joining Warner Bros in 1999, Nigel oversaw the release of more than 150 movies which included the highly successful Harry Potter and Matrix franchises.

This entry was posted on Thursday, September 19th, 2013 at 14:23 @641 and is filed under DailyDOOH Update. You can follow any responses to this entry through the RSS 2.0 feed. You can leave a response, or trackback from your own site.