Are You Drinking Your Own KoolAid?

“If you don’t look around and you just drink your own KoolAid, you’ll become roadkill.” 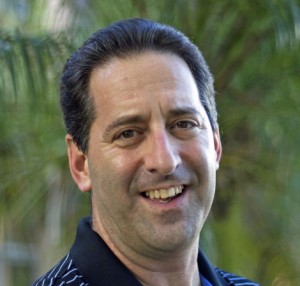 That’s a message that you’ll hear from Ken Goldberg, CEO of Real Digital Media, as he keynotes day two of The DailyDOOH Investor Conference which takes place in New York Oct. 23 and 24.

If you are still operating according to a business plan you made 10 years ago when you founded your company and haven’t evolved with the numerous, fast changes in today’s industry, there’s not much hope for your company, says Goldberg, who has headed the Sarasota, Florida-based Real Digital Media since 2004.

“The world of digital signage has been evolving rapidly, with the introduction of mobile, the changes in technology and the uptake of advertising,” said Goldberg during an interview yesterday (Sept. 19/13). “Today, you have different markets, different competition and different models of operation.”

Noting that some companies have evolved and some haven’t, we expect Goldberg won’t hold back any punches at the conference, but will tell who has done well and, probably even more, which haven’t evolved and have fallen by the wayside – or are in grave danger of doing so, and why.

“The industry is actually being defined for us by experiences and people who see that we are living in a different world,” says Goldberg. “And people who think that they can build a new Comcast, Infinity brand or Oracle might be sorely disappointed.

“That doesn’t mean that there aren’t great opportunities,” he says, promising that he’ll give examples of real changes, real pivots that have been made – “as well as some people who have paid the price.”

He says, “It’s clear to me that success in this space involves multiple offerings, multiple partnerships and nimble business models.”

Goldberg practices what he preaches. While Real Digital Media offers NEOCAST software, media players, content management and other needs of clients, it also has a solid list of partners it can – and does – call on to meet and exceed client requirements. While many of the company’s clients are in the retail, healthcare and hospitality sectors, RDM has business in other sectors as well, and has recently been making inroads in the corporate sector.

Before joining RDM, Goldberg was co-founder and president of CFT Consulting, a provider of retail systems consulting, which was sold to Answerthink in 1999. He earlier had been a manager in Deloitte’s national retail practice. He started his career as an equities analyst at Standard & Poor’s, and was an executive in a 21-store apparel chain before entering the consulting field. He has also been an angel investor and advisor to a number of startup companies.

“I want people attending The DailyDOOH Investor Conference to come away with an understanding that when the playing field changes, so must your game strategy.” says Goldberg.

His is a talk that attendees will not want to miss.

This entry was posted on Sunday, September 22nd, 2013 at 08:30 @396 and is filed under Scuttlebut. You can follow any responses to this entry through the RSS 2.0 feed. You can leave a response, or trackback from your own site.