For those interested in raising money then surely one of the most interesting speakers at The DailyDOOH Investor Conference in New York Oct. 23 and 24 is bound to be Markus Lampinen, CEO of Crowd Valley Inc., a San Francisco-based spinoff company from the GrowVC Group. 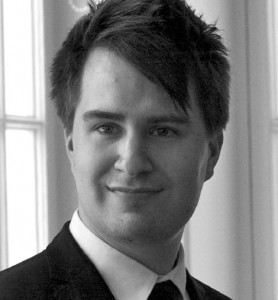 With crowdfunding becoming a popular way to gain funds and yet relatively little known about it, Lampinen is an expert in the field, and he made us aware of how extensive a field this can cover in an interview with him on Tuesday.

“Crowd funding is about creating transparency, access and efficiency,” says Lampinen, one of six owners, plus the parent company, of Crowd Valley. “And it doesn’t just involve startups. We also work with long-established companies dealing with billions of dollars.”

Lampinen, an entrepreneur who has launched three other companies prior to Crowd Valley, says that his job often involves getting to know people and explaining how the Internet impacts and plays a role in job growth and the economy in general. And, he says, crowdfunding can involve almost any company that has more than one person funding something.

“Our work relates to individuals, startups, professional investors, institutional investors and more, bringing their operations, deal flow and activities online,” he says. “Investor companies looking to move to the digital age can involve banks, merchant banks, financial brokers, asset managers. It can involve companies in both early and late stages of development. It can also involve commercial properties, pension funds, other assets. We are even seeing people involved in the fields of energy and sustainability”.

“And there are different frameworks, depending on the case. A media company might be trying to raise $70,000 to $200,000. But we’ve seen a later stage, 10-year-company with revenue in the billions wanting to raise more capital. Even the stock exchange could be considered being I crowd funding.”

We asked Lampinen where the line gets drawn between crowd funding and regular investing by angels and venture capitalists.

“And not only will the Internet have huge impact. A new U.S. law, Title II of the Jobs Act, (passed Sept. 23/13) allows the public marketing and distribution of private security offerings. This is big and affects all sorts of companies, not just startups. In fact, it will fundamentally change the securities market. Private securities are basically the world’s largest industry, ie. anything that involves money. We’re talking trillions of dollars.”

The new law allows private startups and small businesses to raise investment funding publicly- using sites like Facebook or Twitter to help spread the word, and taking in investment online via equity crowdfunding sites who power the investment process in a more open and collaborative way.

Lampinen says that the broad theme of his talk at the DailyDOOH Investor Conference will be on the Internet and how things like the Jobs Act impact and transform the financial landscape.

“People have to know what is happening, whether they are entrepreneurs, startups or established companies. This opens lots of opportunities. Education is the most important thing. It gives you a foundation that you can act on. There will always be things to test out, and you must be cautious. Securities regulations must be taken seriously.

“Nothing like this act has happened before. It will impact all sorts of niches, and can increase a lot of participation. It’s humbling and exciting for us, and what it means for each niche. There have been five points implemented in the Jobs Act and a sixth one is pending. These will create different bridges allowing people to be involved in things that they are passionate about. It will also get different types of investors.”

Lampinen says that he is already seeing transfers of audiences and a lot of applications with different niches being created. It’s bridging different networks and synergies, he says.

This entry was posted on Wednesday, October 2nd, 2013 at 13:05 @587 and is filed under DailyDOOH Update. You can follow any responses to this entry through the RSS 2.0 feed. You can leave a response, or trackback from your own site.