Here’s some very good news for media owners as it seems to prove the value of digital panels at current pricing models – twice as many people look at a digital poster than at a traditional printed one!!! 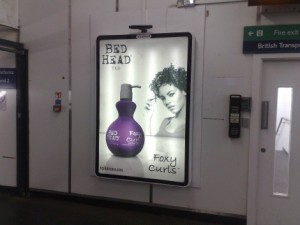 Here we see Kinetic working with Titan Outdoor, TruMedia and Grand Visual on a research study at London Bridge Rail Station which compared a digital panel (a Titan D6) and a printed backlit 6 sheet poster in close proximity to each other.

TruMedia audience measurement systems were used to count the footfall, numbers and direction moving, and people looking at the posters. An average of twice as many people looked at the digital panel than the ‘static’ one AND for an average of 60% longer – this maxes out of course at 3 times as many for twice as long!

Ivan Clark, Kinetic’s Director of Digital and Creative Solutions told us “The number one question advertisers have about digital out-of-home is, is there a difference in the number of people looking at it compared to standard posters to justify the price premium. This robust study, using the very latest technology, proves the additional effect of digital media”

He added “Our findings are hugely significant as they allay concerns advertisers may have had about the value of ‘sharing’ space with others.” 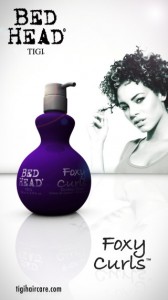 The copy used was designed specially for the test by digital creative and production specialists Grand Visual and featured a real brand. The standard poster, we are told, followed Kinetic guidelines for the most effective use of creative in a pedestrian station environment.

The research also found that animating the digital copy increased the number of people who look by 30% BUT over complicating the animation appeared to make no difference (that would NOT be news to those who listened to Bill Gerba and Phil Lenger at DSE’s Content Day last week).

Lastly, but again not earth shattering it would appear that a mixed loop of advertisers appears to attract the most eyeballs – that ‘change’ accounting for increased viewing.

Tom Winbow, Head of Digital at Titan Outdoor told us also “This research is a great endorsement of digital screens’ ability to add impact and engagement to more “traditional” Out of Home campaigns, particularly in environments benefiting from a pedestrian audience with extra dwell time.”

Three different versions of the digital poster were run: the first was static, the second with the text and packshot animated, and the third where all aspects of the artwork had movement.

Myra Cohen Doukhan, Marketing Director at Trumedia told us exclusively “The results from this project are consistent with similar projects we have been involved with in France and the USA showing up to 50% increase in viewership when comparing Digital Signage to static posters. We have also seen that the type and quality of the content itself significantly affects attention towards the screen.”

This entry was posted on Tuesday, March 3rd, 2009 at 09:37 @442 and is filed under DailyDOOH Update. You can follow any responses to this entry through the RSS 2.0 feed. You can leave a response, or trackback from your own site.

3 Responses to “Kinetic Proves The Value Of Digital Posters”