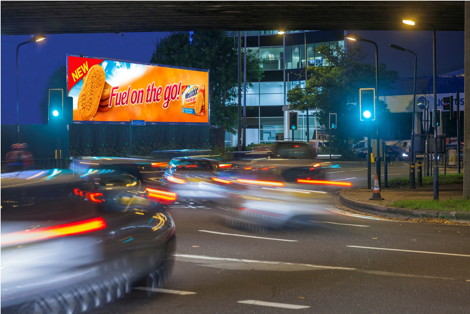 The screens are launching between now and January 2014 and will reach ABC1 commuters and affluent residential audiences including Kensington, Chelsea, Hampstead, Highgate, Muswell Hill, Chiswick and Kew. The first brands set to launch campaigns include Vogue, Google, Microsoft Windows 8, Porsche and The Football Association.

Steve Atkinson, Commercial Director at Outdoor Plus told us “These screens are adding improved distribution to our existing portfolio as well as over 2.5 million vehicular impacts every two weeks. For us it’s as much about the delivery as it is the product and these screens enable us to lead flexible campaign planning of DOOH, reaching a high-worth, urbanite and affluent commuter audience.”

This entry was posted on Wednesday, December 4th, 2013 at 13:51 @618 and is filed under DailyDOOH Update. You can follow any responses to this entry through the RSS 2.0 feed. You can leave a response, or trackback from your own site.