Consider this alternative reality. Imagine a world where there is no Google – or rather, there is a Google but it voluntarily censors its search results. In this world, the “great digital signage network consolidation event” that most industry experts have been prophesysing for years, has already occurred and a single, massive, mega-dominant player has captured the entire market. 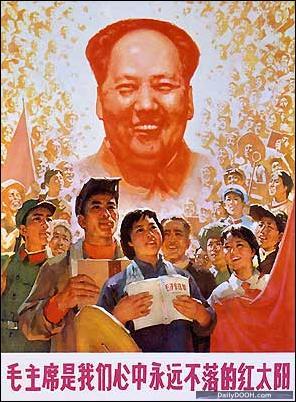 Allow me to introduce you to this week’s Parallel world – a “little” country I like to call China, where a company called Focus Media has accomplished what we in the US perceive as the holy grail of digital advertising – the ownership of all the components of the so-called digital ecosystem.

Not only does this company operate a 120,000+ screen digital signage network in 90 cities in China, but it also runs a mobile ad network that reaches 400 million subscribers and an internet advertising service company that serves up over 300 million daily impressions.

The North American DOOH market, provides us with this alternative reality. In this world Google dominates, does not censor its search results and promises to “do no evil” – this parallel world is vastly different since it has a severely fragmented market of disparate, third party, digital networks that are “painstakingly” stitched together by network aggregation companies like SeeSaw Networks and AdCentricity, who by the way, don’t own or operate mobile or internet advertising service companies at all.

The alternative reality that I see coming to pass is much different than what China and the US is experiencing. I’ve seen betas of next generations of software that is poised to disrupt the entire digital signage market.

These new solutions are a combination of “freemium” business models and open-source frameworks that have been created from the ground up to manage the entire digital ecosystem of cross-media executions.

If the success of Drupal is any indication of what happens when you open source a great platform. We’re all in for a season of drastic changes.

This entry was posted on Wednesday, February 10th, 2010 at 15:23 @683 and is filed under DailyDOOH Update. You can follow any responses to this entry through the RSS 2.0 feed. You can skip to the end and leave a response. Pinging is currently not allowed.