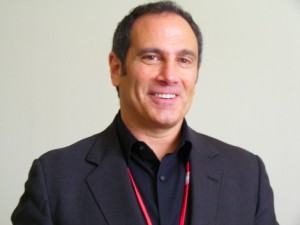 has joined Broadsign, Montreal, as its new vice-president sales and marketing.

In recent past, Broadsign had not combined the role of marketing with that of sales, and Beloff, making his first ‘public’ appearance at Screenmedia Expo, says that he expects to spend a considerable amount of time pushing Broadsign’s marketing, as well as travelling to the company’s various installations and sales areas.

Beloff has a long history in media and especially digital. He has spent the last several years as head of Belstar Consultants, working with such companies as Newad, iGotcha Media and Airborne Entertainment, among others.

He began his career with CTV in media sales, helped develop the ISP TotalNet (later sold to Bell) and in 2000 was a founder of the DAN network, later sold to Neo Media Group.

This entry was posted on Wednesday, May 5th, 2010 at 10:50 @493 and is filed under DailyDOOH Update. You can follow any responses to this entry through the RSS 2.0 feed. You can leave a response, or trackback from your own site.