signagelive the Software as a Service (SaaS) digital signage platform, has been selected by Airport Partners to power their Digital Screen advertising network across 9 UK regional airports. 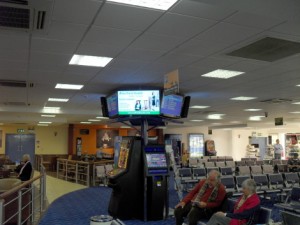 Airport Partners spent 6 months evaluating a number of digital signage software platforms before deciding that signagelive offered them the best solution for their current and future Digital Out of Home (DOOH) requirements.

Paula Oliver, Managing Director of Airport Partners told us “We are totally committed to providing our Airports and Clients with a fantastic digital product. signagelive we feel is the most reliable, flexible and cost effective digital signage software solution. It is already running successfully on our screen network in Exeter Airport and we will rollout over the next 12 months across 80 existing screens. We are really excited about working with Jason and the team on some other truly fantastic projects as well…. so watch this space!”

Airport Partners is part of the AdGroup which was established in 1986 by Andrew Walker, CEO. The Group, based in Harrogate, specialises in outdoor & transport advertising & sponsorship. With Paula Oliver’s appointment as Managing Director, this year has seen a large expansion in the digital advertising offering and this will form an important part of the growth plans for the Group.

It is now the No.1 Regional Airport Advertising company in the UK, running 20 of the 53 UK Airport media concessions, reaching over 19m passengers in Newcastle, Bristol, Southampton, Leeds Bradford, Norwich, Exeter, Blackpool, Inverness, Plymouth, Dundee and the other Highlands and Islands airports.

This entry was posted on Monday, May 17th, 2010 at 16:02 @710 and is filed under DailyDOOH Update. You can follow any responses to this entry through the RSS 2.0 feed. You can leave a response, or trackback from your own site.