For those looking to hire good people we hear that one leading DOOH executive has been talking to a number of prominent vendors in this space – James Abdool, former MD of TSC Music Systems, a business he sold to ImageSound back in 2007, left EnQii towards the end of 2009 where he was President of EMEA to start up PlayNetwork Inc’s international / European operations based out of the UK. 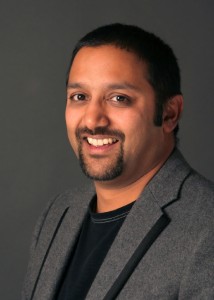 As we wrote back in April in our post ‘PlayNetwork (Channel M) Departures‘ it would seem that since PlayNetwork’s acquisition of Channel M they have had a habit of losing good people (in April it appeared that they lost two of Channel M’s top execs) AND now it looks like the man brought in to spearhead their international growth has also departed!

Their loss will definitely be someone else’s gain as James is a seasoned professional – he has built up and sold good businesses and is well known (and well liked) as someone who builds and grows long-term relationships. It wouldn’t surprise us to be announcing a senior new role for him in the near future given his popularity in this sector.

James maintains a strong relationship with EnQii, being a member of Enqii’s global advisory board that was created to provide EnQii’s customers with world class strategic advice in advertising sales, digital merchandising and out of home strategy.

This entry was posted on Tuesday, August 31st, 2010 at 19:45 @864 and is filed under DailyDOOH Update. You can follow any responses to this entry through the RSS 2.0 feed. You can leave a response, or trackback from your own site.