More Senior Than The Average Consultant

Every country seems to have its own digital signage characters; you know the type perhaps – in and out of jobs every 12 – 18 months, turning up as a consultant now and then before getting another crack at a permanent job often only to return to consulting when that doesn’t work out. 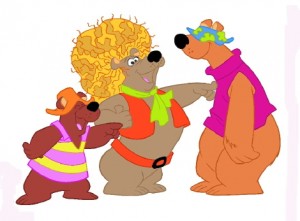 Everyone in the UK industry knows Mike Fabian. He seems to have skin thicker than Kevlar.

His LinkedIn profile now shows him as Consultant at Screenred Ltd (Consultancy practice) which we believe is his own business and not the John Ryan supposed spin-off ScreenRed but in this industry who the hell knows if John Ryan would hire someone back who left them a dozen or so years ago.

Mike’s past as shown (and not shown) on LinkedIn…

Someone else who came across our radar screen recently, first when he emailed to ask for that obligatory ‘cup-of-coffee-catch-up’; that usually means …

… and secondly when folks started asking (us) after him, was Chris Frampton.

We first met Chris when he was Head of Sales at Hughes Network Systems LLC – a job (a) working for Teutonic Germans and (b) ‘selling’ that he seemed most unsuited for after a longish period of dot-com entrepreneurship. After only eighteen months with them saw a move to Dynamax Technologies Limited, (a job opening we told him about as it happened) and to be fair as Director, Sales and Marketing and then during Dynamax’s heyday a move sideways to Director of International Business Development and Marketing saw him stay with the company for almost two and a half years.

Next it was onto Red Bee Media (formerly BBC Broadcast) again in a business development role (Director New Business) and we remember at the time with what glee he told his former colleagues at Dynamax about his fat expense account and six figure salary. Well that gig didn’t last long at all – 1 year 5 months according to LinkedIn but if you count notice periods etc. surely it was actually just over a year if that?

On the Chartered Institute for IT web site, Claire Hain from interim management recruitment specialists, Praxis is quoted as saying “The latest addition to this list of temporary personnel is the interim manager, whose profile in IT has risen greatly over the past decade … With their wealth of experience, interims have played an increasing role in developing and maintaining systems in both the public and private sectors, in organisations ranging from charities to hedge funds”

She continues “More senior a position than the average consultant, and more involved in the organisation’s goals and aspirations than a consultant, the interim is rewarded accordingly”.

With folks like this touting their experience around the market there is only one thing we can say, repeat after me “Heaven help us all!”

This entry was posted on Saturday, September 18th, 2010 at 09:53 @453 and is filed under DailyDOOH Update. You can follow any responses to this entry through the RSS 2.0 feed. You can leave a response, or trackback from your own site.

22 Responses to “More Senior Than The Average Consultant”