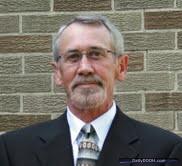 As the pioneer of graphics as a service for all digital video media, Chyron continues to define the world of digital and broadcast graphics with web, mobile, HD, 3D, and newsroom integration solutions.

Schutte’s extensive industry experience includes sales and management roles within well-established vendors to the broadcast, cable, corporate, and government markets. He most recently served as vice president of U.S. sales for Artel Video Systems. He earlier was vice- president sales for the Central U.S. for Harris Corporation, where he oversaw the regional sales staff and more than 25 reseller channels, increasing channel sales by more than 20%.

This entry was posted on Thursday, February 10th, 2011 at 10:02 @459 and is filed under Scuttlebut. You can follow any responses to this entry through the RSS 2.0 feed. You can leave a response, or trackback from your own site.