A growing membership base and expanded initiatives have spurred appointments and staff moves at the Digital Place-based Advertising Association, New York. 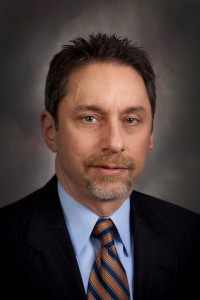 “We have grown our membership by 50% over the past nine months and are in the midst of several major initiatives including preparations for our fourth annual – and biggest ever — Digital Media Summit in October,” says Susan Danaher, DPAA president. “Expanding Ryan’s responsibilities and adding Noah to our team will enable us to maintain our high level of member service while we simultaneously focus on building awareness and developing sales tools for the digital place-based industry at large.”

Pogy joined the DPAA in 2007 following a consulting stint for PlayNetwork. From 1999-2006 he was general manager for Wingmaster Company, where he managed multiple new product development projects for Ford Motor Company. Earlier, he was director of business affairs for JVI Productions.

Klas joins the DPAA from RER Entertainment, where he was branded entertainment coordinator. Previously, he was a marketing/production assistant at Columbia Pictures and an advertising sales assistant at AMC/WE tv, a division of Cablevision/Rainbow Media Holdings.

Mark Braff founded Braff Communications LLC in 1993 following a 15-year career as a journalist and public relations practitioner. He was the first member of the Madison Square Sports Network’s in-house public relations team; in 1979 and while there, supported the re-launch of the programming service as USA Network and directed all sports and affiliate public relations activity, including the network’s coverage of all professionsal, college and other sports. He then joined the Cabletelevision Advertising Bureau, as director of communications and later became vice-president at Wishner Communications. Immediately prior to forming Braff Communications LLC, he was executive vice-president for Myers Reports, a leading media industry research and marketing firm.

“The digital place-based advertising business is on the cusp of a tremendous growth surge, and as a result we feel the time is right for us to step up our efforts to spread the word,” says Danaher. “We have a great story to tell — and it’s only going to get better. The hiring of a PR consultant to work with us is an important step toward raising the visibility of digital place-based advertising and the DPAA.”

This entry was posted on Friday, June 24th, 2011 at 07:00 @333 and is filed under DailyDOOH Update. You can follow any responses to this entry through the RSS 2.0 feed. You can leave a response, or trackback from your own site.