Last week at the Marketing Week Live Show, POPAI UK and Ireland announced the nominations for this year’s awards, which will be presented in October this year. 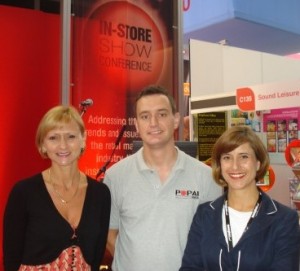 POPAI director Phil Day said, “We had hundreds of entries and it is very interesting to see the digital penetration on traditional displays. Categories that before had mainly printed material are now incorporating digital screens and interaction.”

“Today the key is not just to display information, but also to interact with your customers,” commented Day.

For instance Nuffield Health, is a health charity with over 200 facilities across the UK consisting of fitness & wellbeing centres, sports centres, health clinics and private hospitals. Providing an ‘alternative’ to physical gyms and with an exclusive focus on ‘physical fitness’, Nuffield Health Fitness & Wellbeing Centres were looking to implement an interactive solution to effectively disseminate information relating to its facilities and the number of services available to members, and to encourage and allow members to learn more about their health.

Interactive touch screen systems were developed and installed in five of Nuffield Health’s Fitness and Wellbeing Centres. Positioned in a specially designed ‘Discovery Zone’, the centres have three 22-inch LCD touch screens offering an interactive and engaging alternative to more traditional methods of communication with customers, such as posters, leaflets or the company website. 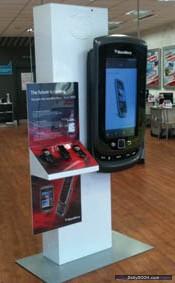 Another good example of how digital is becoming a must have feature in stores is the Phones4u Demo Hub, which was nominated on the Telecommunications and Computers category of the POPAI awards. Created by H Squared Limited, the portrait display emulates a mobile phone and has an interactive touch screen offering customers information about all products.

“If there was one of these displays on each Phones 4U store, it will be as good as a network,” added Day. H Squared commented that the retailer is, indeed, rolling out the interactive displays across its stores. 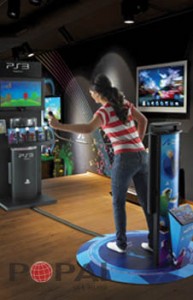 Not just interaction via touch screens, but also the use of games in stores to capture customer’s attention and make them engage with the brands, is a growing trend. Sony PlayStation Move Suite is a good example. OK, we are talking about games in this case, but non the less Green Room was commissioned to develop a suite of POP products to facilitate the launch, rollout and on-going presentation of the Sony PlayStation Move wireless gaming controller in retail stores, concessions and at events throughout EMEA.

The brief required a multi-faceted solution that integrated with existing PlayStation display furniture.

This entry was posted on Tuesday, July 5th, 2011 at 10:00 @458 and is filed under DailyDOOH Update. You can follow any responses to this entry through the RSS 2.0 feed. You can leave a response, or trackback from your own site.