Whether you like it or not, the interesting thing about the Amscreen installations is how they all follow the same format, whether in Poland, UK, Germany or UAE the screen itself, the pole and their positions remain consistent – hopefully making it an easy buy for European wide advertisers. 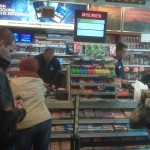 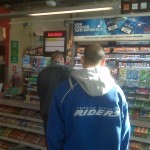 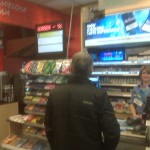 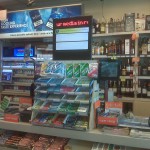 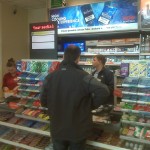 The difficulty that Amscreen might well have though is getting traction with those European media buys – their European Managing Director of Sales & Marketing, Chris Forrester is surely going to have his work cut out reaching these people – if there was ever a reason for an organisation to join (cough, spit) OVAB Europe then perhaps this is one of them.

Actually we can believe all of that – their (mobile phone) top-up Fridays and other day-of-week campaigns are also surely easily measurable (and the clients keep on returning so they must be doing something right).

Whilst Amscreen like to keep themselves to themselves we’d strongly urge them to work closer with the likes of OVAB Europe. One thing they should adopt and endorse as soon as it’s available is the ‘OVAB/FAW Certificate‘ that @dhuelsermann made mention of in his speech at our Investors’ Conference in NYC last week.

This entry was posted on Wednesday, October 26th, 2011 at 11:27 @519 and is filed under DailyDOOH Update. You can follow any responses to this entry through the RSS 2.0 feed. You can leave a response, or trackback from your own site.