We got a formal press release yesterday announcing Ahmad Ouri’s appointment as president of PRN. 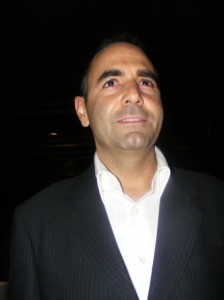 PRN: Looking up with Ouri

As our readers know, we were at the PRN Upfront back on Oct. 18 when Ouri’s appointment was announced and had the news up immediately, but if you missed it, see here.

Ouri comes from Technicolor, parent of PRN, where he worked for nine years. He was president of Technicolor Digital Cinema, chief technology officer, and president of the Technicolor Content Services business unit, overseeing worldwide post-production operations. He earlier worked for Philips.

Ouri will oversee all PRN activities and lead the development and strategic growth of the company, which is wholly owned by Technicolor.

“In his nine years of senior management roles within Technicolor, Ahmad has made significant contributions to our strategy, technology and marketing efforts,” says Lanny Raimondo, president of Technicolor’s Entertainment Services Business Group. “He’s a proven leader with deep expertise who will continue building upon PRN’s success.”

This entry was posted on Thursday, November 17th, 2011 at 06:00 @291 and is filed under DailyDOOH Update. You can follow any responses to this entry through the RSS 2.0 feed. You can leave a response, or trackback from your own site.