To Sync Or Not To Sync

On Wednesday in London before flying out to Oslo we noticed in Oxford Street that the Media 7 managed WindowGain screens that we talked about a few weeks ago were ‘in sync’, i.e. both top and bottom screen were playing the same image and commercial! 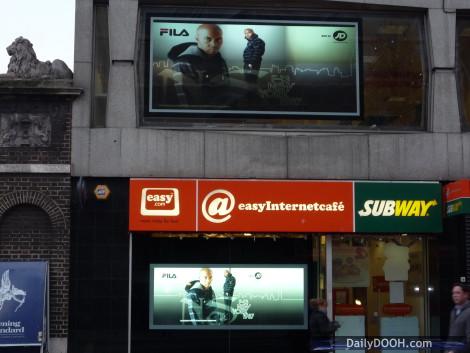 Brands that have been using the screens to date include: –

We think the screens when synchronised have a lot more impact and so most probably prefer it that way – we are interested in knowing what you think?

This entry was posted on Friday, December 12th, 2008 at 00:28 @061 and is filed under Scuttlebut. You can follow any responses to this entry through the RSS 2.0 feed. You can leave a response, or trackback from your own site.

2 Responses to “To Sync Or Not To Sync”