Unfortunately this campaign ended before we knew about it, but since it stretched across the U.S. with interesting programming management, we thought it worth mentioning. 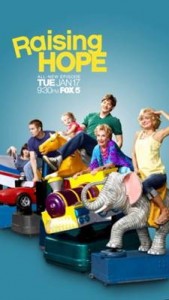 The effort consisted of more than 1,000 ad iterations with 18 DMA specific tags and up to seven date and time tune-ins per DMA, all handled seamlessly by Adspace Networks. At the digital media company, a database can be used to automatically populate commercials with key programming information. Small, but important changes, such as local air time information or schedule changes for a show can be stored in the databases which are maintained and monitored by Adspace.

“Normally a client would need to create video files for each version of advertisement. For example, if Glee is playing in Los Angeles and New York City, each DMA would require a video file for the specific date and run times,” says Bill Ketcham, Adspace executive vice-president and CMO. “However, our ‘dynamic template’ solution allows the client to design only one video file for each show, and the ad automatically populates the correct programming information when it runs. This reduces the creative workload of our television clients, and makes it easier to take advantage of our 32 million unique visitors each month.”

The Fox campaign ran on the Adspace Digital Mall Network from mid-December until the end of January.

This entry was posted on Tuesday, February 14th, 2012 at 09:55 @454 and is filed under Scuttlebut. You can follow any responses to this entry through the RSS 2.0 feed. You can leave a response, or trackback from your own site.

One Response to “Adspace Tapped By Fox To Promote Midseason Shows”