So co-locating a Digital Media event in the middle of a larger retail marketing event in Paris is a necessity because of the size of the digital market, but it’s also a smart move for a developing industry. 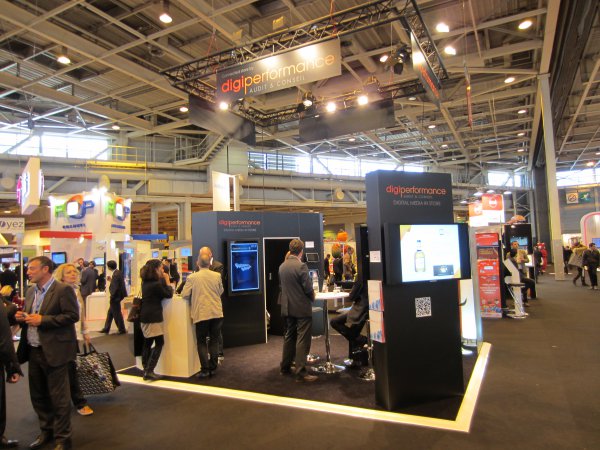 It’s likely that the majority of the expected 11,000 visitors have either never heard of, or know little about digital media, but they do care about decorating and animating their retail outlets which is why they are there – so if they can discover and learn more about digital at this event, then that can only help the industry AND just to tempt them more to visit the capital, for good measure the Marketing at Retail Show itself is co-located with the MCO Exhibition – which is all about brands, marketing gifts and prizes.

Not surprising then that perhaps one of the most upbeat exhibitors was Philippe Lemaire (ex-Scala France) now partner at the DigiPerformance Consultancy. Already half-way through the first day he had enough solid contacts to justify their presence. Maybe it was the dominant position of their stand that did the trick, but more likely is that their offer coincides best with the visitor profile at the show. 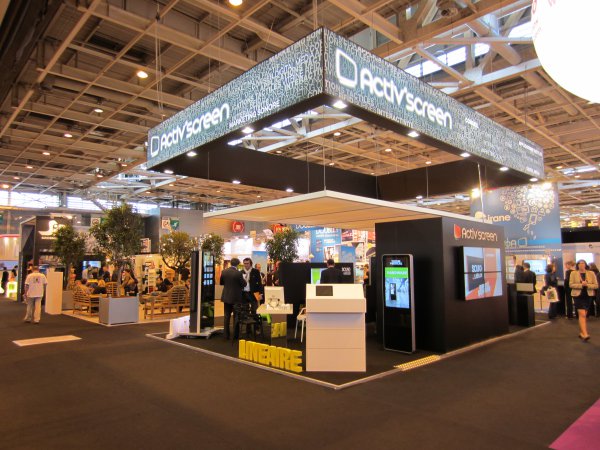 The other stand that couldn’t be missed was that of Activ’Screen who obviously had a statement to make, branching out from their traditional roots in the opticians sector – unlike Scala who distinguished themselves by their absence. The guide indicated them on Stand E86 – just opposite Activ’screen – but the place was occupied by a tree-lined cobble-stone square with comfortable park benches populated by weary East-European visitors stretched out under the trees – just the call of the mating blackbird was missing! 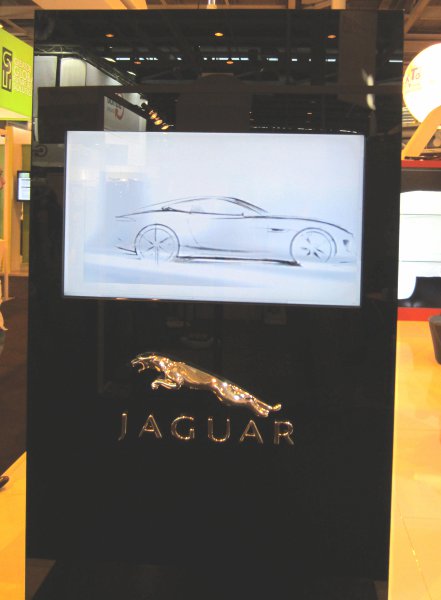 haven't seen this at my local dealer yet...

TMM’s Michel Baronnier was regretting the lack of traffic, but otherwise quite content with business – their massive FNAC installation has long been completed and the contract extended for a further long-term period.

Interesting to see the indefatigable Raphael Pinot (ex-Smart Report) in his new poacher-turned-gamekeeper role at Philips Public Signage. Clearly putting in the same energy to the benefit of his new employers, I only just escaped signing a 1,200-screen contract by claiming an urgent call to the bathroom…

Another regular at the two-year event was Mirane. This time the team from Bordeaux was treated to a sunny week in Paris, so they weren’t regretting their surf beaches too much. On top of their strong presence in the banking sector, the team is now branching into petrol stations thanks to business brought in by the Madic Group, their new owner. Content Supremo Philip Bailly was fairly optimistic about the event – the last one in 2010 brought them three new significant contracts, which more than paid for their investment at the exhibition. 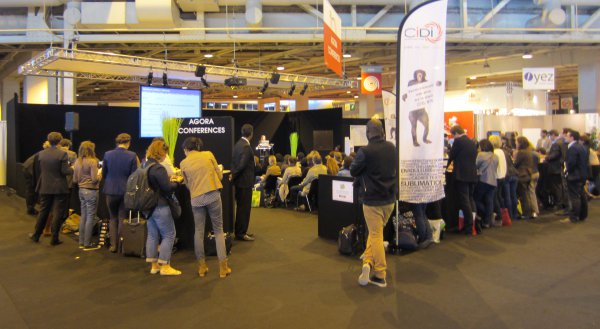 The conference area was well attended and the speakers managed to be quite audible despite the lack of walls or roof and the conference programme was well chosen balance of topics to cater for the variety of visitor interests.

This entry was posted on Wednesday, March 28th, 2012 at 15:13 @675 and is filed under DailyDOOH Update. You can follow any responses to this entry through the RSS 2.0 feed. You can leave a response, or trackback from your own site.