Captivate Network, based in Chelmsford, Massachusetts, is, one might say, a happy camper following Nielsen’s new On Location Study done in Oct./11 and being released this morning. 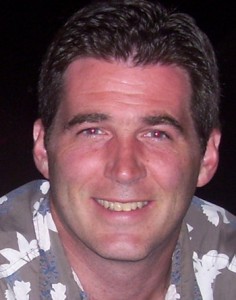 With figures that show growth in impressions, audience size, engagement and reach as well as the value people place on its programming over the past two years, we talked to Scott Marden, Captivate’s research director, about Captivate and some of the reasons behind such solid growth that should be keeping the network’s advertisers happy.

Nielsen’s On Location metrics help advertisers and agencies evaluate advertising effectiveness across multiple screens outside the home, so they can effectively reach consumers on the go. The new study shows that Captivate now delivers more than 30 million monthly impressions in the US and nearly 5 million in Canada.

First, a look at some of the figures:

Among the key findings, it’s clear that the workplace is still a central source for information and opinion forming that leads people to act based on what they have seen on Captivate screens: Captivate viewers – who have an average hosehold income of $107,000 in the US, $103,000 in Canada – report that 39% of their financial discussions take place in the office along with 38% of their technology conversations and 20% of their automotive discussions.
·
Captivate, whose screens are in the elevatiors of office buildings in 19 major makets in the US and in Canada’s five largest cities, has been measured by Nielsen since 2009 and is now regularly part of its Fourth Screen report. It has about 8,000 screens in the US and 2,000 in Canada, with the number constantly growing.

We asked Marden to what he attributes Captivate’s growth and influence.

“Two things,” says Marden. “One is that the advertisers are making better use of the network. They are changing the way they use it, for example, adding their address or URL to their ads. They are even using test messaging. The other is a better content and design by Captivate itself: the way it’s using data, adding updates, showing travel delays, weather, highway problems, even material from its viewers.”

Captivate has two or three people in each building where its screens are located who are members of a panel, some of whom are polled for various information on a monthly basis. From them, Captivate learns, for example, what else its viewers would like to see on its screens. Right now, politics, election information and what candidates are saying are of particular interest in the US. Ways for women to balance work with lifestyle make beauty, fashion and recipes popular in both the US and Canada.

“Our screen content changes every 15 seconds, with ads on the upper part of the screen running 15 or 30 seconds,” says Marden. “The average daily dwell time is four minutes daily, which is consistent with two years ago. 88% of the riders watch the screen during their entire ride, and they ride up and down an average of between three and four trips a day.”

Captivate has about 100 content providers and about 10 editors constantly pick and choose and edit what content to use. Advertising is national or regional, although large markets like New York City also have localized ads. All network content is managed from Chelmsford for the US and Toronto for Canada.

And in addition to the regular Nielsen studies, Nielsen also gets reports from Infra-red sensing and/or overhead cameras in elevators for its people count.

“The biggest thing we’ve noticed is that the number of people noticing the ads is up to 95.4% vs 90.5% a year ago,” says Marden. “And engagement has really increased as well. We’ve been focusing on response and ROI, trying to get more direct purchases and it’s working.”

Paul Lindatrom, Nielsen senior vice-president says that his company has been measuring out-of-home audiences for 25 years and “Captivate has taken a strong leadership role in advancing audience measures in this space.”

This entry was posted on Monday, April 2nd, 2012 at 06:00 @292 and is filed under DailyDOOH Update. You can follow any responses to this entry through the RSS 2.0 feed. You can leave a response, or trackback from your own site.