At #ScreenmediaExpo last week we had to go back to the eyevis display no less than three times to finally meet up with Peter Mytton-Bayley, southern regional sales and services at Eyevis UK. 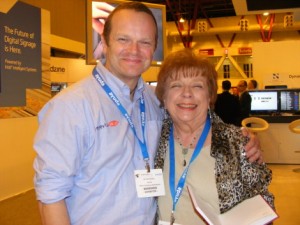 ”It’s been absolutely manic here,” said Mytton-Bayley – which reminded us of how busy the eyevis stand was when the Germany-based company introduced its multi-sided tiles at #InfoComm11 in Orlando last year and shown again at #ISE2012 in February.

The company has partnered with PSCo in the U.K. as its sole distributor.

“We’ve been used by RTL in The Netherlands, and by a TV station in Germany, and have two installations for a communications company here in the UK,” said Mytton-Bayley. “And we now have a U.S. office.” 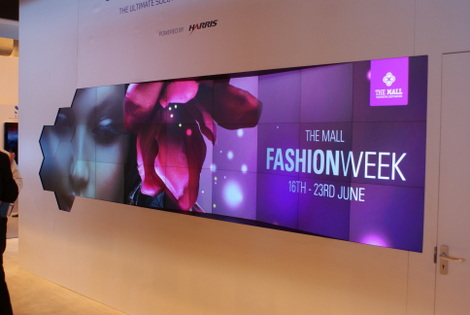 Seems like the company is growing just the way we expected it would!

This entry was posted on Monday, May 21st, 2012 at 08:00 @375 and is filed under Scuttlebut. You can follow any responses to this entry through the RSS 2.0 feed. You can leave a response, or trackback from your own site.