MediaZest had one of the biggest stands in the In-Store section of the Marketing Week Live 2012 show. They had a variety of nicely designed and different display applications on show. 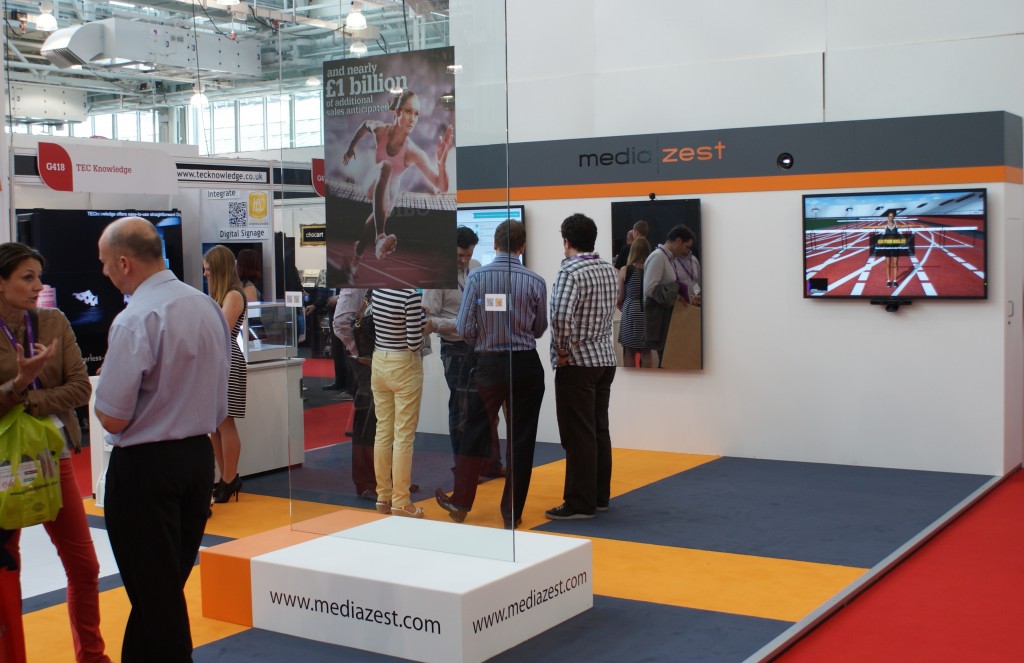 As well as some nice executions we’ve seen before, like rear projection film mounted on glass, and short-throw floor projections, a screen on the back wall of the stand caught our eye. 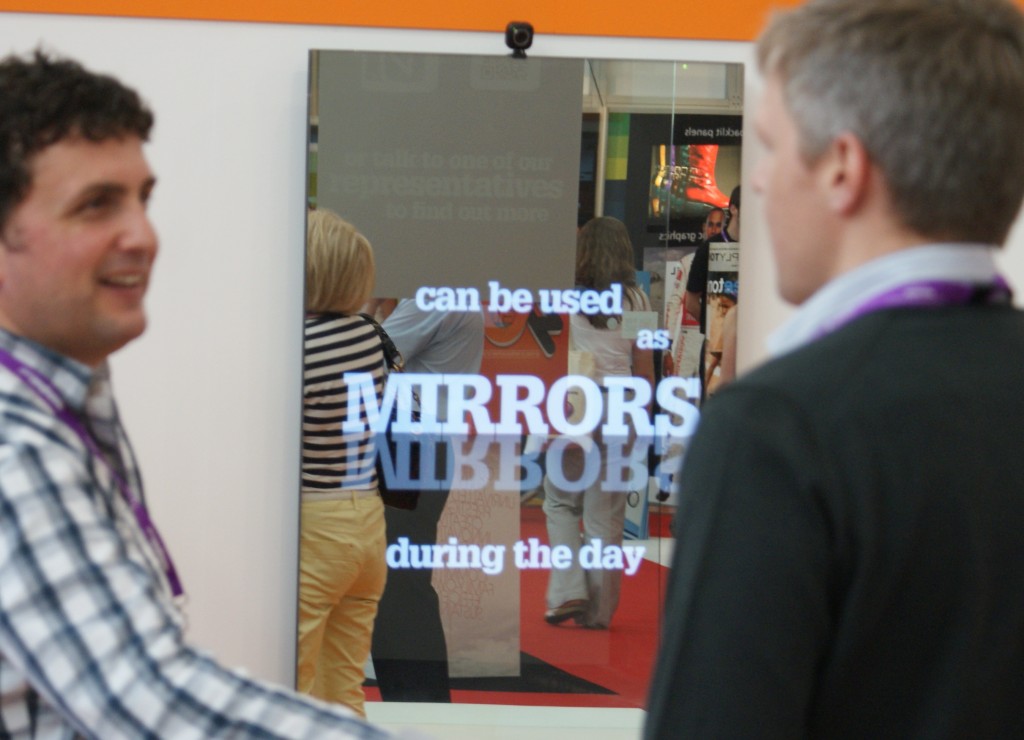 This display looked like a normal mirror when there was no content on it, but could be activated with full screen content and then it looked like a normal panel display, in this case in portrait form. At its most eye-catching however was when it was used as a combination of the two and, as can been in the picture, content can be shown on the screen with transparent areas still acting as a mirror surface behind.

We heard that some well known retail brands were taking an interest, and thinking of uses as an attractor feature, to draw customers attention.

This entry was posted on Thursday, July 5th, 2012 at 13:01 @584 and is filed under DailyDOOH Update. You can follow any responses to this entry through the RSS 2.0 feed. You can leave a response, or trackback from your own site.