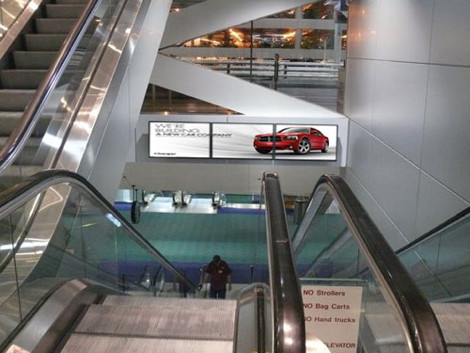 The contract is valid for a seven-year period with a three-year potential extension.

“Phoenix is a dynamic, growing market and we’re confident this relationship will have tremendous benefit to both parties,” says Shauna Forsythe, president & CEO of Alliance.

Alliance Airport Advertising has airport advertising contracts throughout the U.S., including Los Angeles-Burbank, Las Vegas, Portland International, and Salt Lake City. The company’s philosophy of customized sales, a strategic marketing plan to increase local advertising opportunities, the minimum annual dollar guarantee offered to the city and the equipment designs were all part of the decision to work with Alliance.

The contract award includes a minimum guaranteed payment to the city of Phoenix of $3.1 million per year, or a percentage of sales revenue, whichever is greater.

“We have significantly increased the advertising sales in all airports under the Alliance program,” says Forsythe. “We are confident that the same results will be delivered for Sky Harbor.”

The new, state-of-the-art equipment installation for Phoenix Sky Harbor will take place over the first six months of 2013 and will consist of energy efficient LED backlit signs, a digital network throughout the concourses and in Baggage Claim, product and floor displays, a new interactive Courtesy Phone Center with wayfinding and digital screens, banners and much more. Alliance will also offer specialized sponsorship and branding packages as well as convention & event packages for companies interested in targeting the convention business.

Phoenix Sky Harbor International Airport is located in the heart of the southwestern United States and is one of the 10 busiest airports in the United States. Fifteen airlines provide approximately 100 daily nonstop flights out of Sky Harbor to domestic and international destinations, with connecting service to anywhere in the world.

This entry was posted on Thursday, December 13th, 2012 at 07:00 @333 and is filed under DailyDOOH Update. You can follow any responses to this entry through the RSS 2.0 feed. You can leave a response, or trackback from your own site.