We were sad to hear of the death of Natalie Egleston this week on the slopes of Aspen Mountain, Colorado, where she had been skiing and apparently collided with another skier. 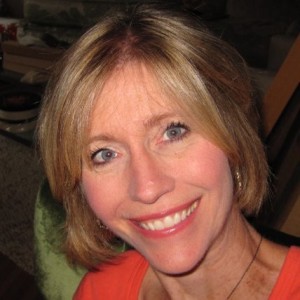 Egleston was very well-known and much loved in the industry. She rose to the position of chief strategy officer at Premier Retail Networks (now IZON Media), and was recently named president of their Indoor Direct JV Services.

Originally from Philadelphia, Egleston recently moved back to the area after spending time in San Francisco.

Industry friends have been telling us that at PRN, “Natalie was one of the really good ones.” She had 24 years of experience in the industry.

Ahmad Ouri, president and CEO of IZON Media told us “It is with great sadness and shock that we learned of the passing. She died yesterday following a skiing accident in Aspen, Colorado. Tragic news, for sure, but some consolation can be found in the knowledge that she was doing something she absolutely loved to do with people she loved so much. She leaves behind a lot of friends at IZ-ON Media.

“She was recently appointed the president of our indoorDIRECT joint venture. We have limited information at this point.”

Egleston was skiing at Aspen with friends when the accident took place. Her death is officially the third on slopes this 2012-2013 season. Another four people whose deaths are not recorded were skiing out of bounds or in other areas, so are not on the ‘official’ list.

We’ll update this post with new information as it becomes available. In the meantime, we send our sincere condolences to Egleston’s friends, family and loved ones.

This entry was posted on Wednesday, February 6th, 2013 at 16:11 @716 and is filed under Scuttlebut. You can follow any responses to this entry through the RSS 2.0 feed. You can leave a response, or trackback from your own site.