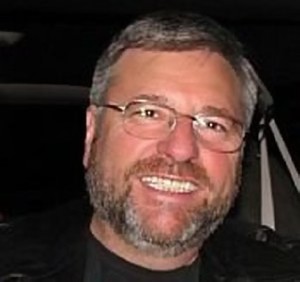 CARE Media Holdings will continue to grow its KidCARE TV and Women’s HealthCARE TV subscriber-based networks where they sell the systems to doctors and provide the content on a monthly subscription basis.

CMH will also provide the same content to HMN for their pediatric and ob/gyn offices, presumably using Saddle Ranch Digital which was recently bought by CMH.

And, as we wrote on April 22, Cohen had taken the CEO role at America’s Minority Health Networks, so he will have more time to concentrate on building its planned new Spanish Language Medical Network and Native American Medical Network. And with the recent agreement with Health Media Networks to take on the sales and marketing for AMHN’s African American Medical Network and Spanish network, (NAMN will be subscriber-based), this means that Cohen is basically out of direct responsibility for advertising.

The moves also mean that Kim Sarubbi, recently named president of CARE, will be able to concentrate on subscriber-based networks and the content for all the networks through Saddle Ranch, which she owned and headed before its sale to Cohen and company.

Surprisingly, to this writer at least. Cohen is also in the movie-making business, and has been for quite some time, both as a producer and as an actor. He is planning to focus for awhile on his next two movies: Careful What You Wish For is currently shooting in North Carolina and the next one, Two Days and a Bombshell, starts pre-production in London in September.

“So we need to focus on financing and casting in a talent pool we don’t know very well as well as seeking locations a city we don’t know very well,” he says. One movie currently winding down domestically, The Call, for which he was executive producer, surpassed $50 million box office last weekend. You can find a link to his ‘other career’ here.

And, of course, let’s not forget that he is current chairman of the Digital Signage Federation. A busy man, indeed!

This entry was posted on Monday, May 6th, 2013 at 00:33 @065 and is filed under DailyDOOH Update. You can follow any responses to this entry through the RSS 2.0 feed. You can leave a response, or trackback from your own site.

One Response to “CARE Media Holdings Sells Its Ad-Supported Screens”