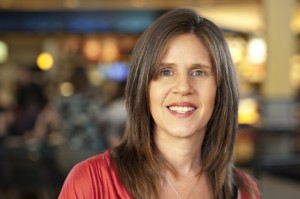 Dan Thomas, a television and digital ad sales veteran of nearly 20 years, joins NCM to take over the leadership of the national sales team in New York as senior vice-president of East Coast sales.

In her new position, Hoff will focus on new business development, as well as work with NCM’s national clients to help brands make the most impactful use of cinema advertising on-screen, on-site, online and on mobile devices. She will now report to Bennett Fogel, executive vice- president of sales and marketing partnerships with NCM Media Networks.

Hoff joined NCM in 2006 after spending 10 years at ESPN/ABC Sports in New York, most recently serving as vice-president, multi-media sales. Prior to ESPN, she worked at Zenith Media from 1992-1996, lastly as an associate buying director.

In his new position, Thomas will work closely with NCM’s account directors to serve clients and agencies throughout the region. He will report to Dave Kupiec, executive vice-president of sales and marketing with NCM.

“As we head into our NCM Media Networks upfront presentation this week, I know that Beth and Dan will be instrumental in helping NCM inspire marketers to use the magic of the movies to engage audiences on the big screen and beyond,” says Cliff Marks, president of sales and marketing, NCM Media Networks. “NCM is now the No. 1 weekend network in the country and a top 10 network the rest of the week, so any sight-sound-and-motion video buy is not complete without cinema’s national scale, reach and superior engagement.”

This entry was posted on Tuesday, May 14th, 2013 at 10:00 @458 and is filed under DailyDOOH Update. You can follow any responses to this entry through the RSS 2.0 feed. You can leave a response, or trackback from your own site.