Patrick Côté has been named sales director for the Province of Quebec and general manager of the Quebec City office for Montreal-based Zoom Media. 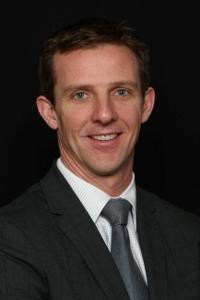 Côté will oversee sales on the provincial level for both the Quebec and Montreal offices. He has already been successfully managing the Quebec City’s office since the beginning of 2013. He takes on the responsibilities of Eliane Tremblay, who recently left Zoom Media after 13 years.

Working in the media business since 1998, Côté occupied the position of sales director at Astral Radio Quebec for NRJ and Rouge FM from 2009 to late 2012. His career at Astral Radio started in Trois-Rivières, where he was advertising advisor and sales director for the same stations before setting in Quebec City following major company reorganization.

“Patrick has demonstrated to us all that he is an exceptional team leader,” says de Gaspé Beaubien

This entry was posted on Friday, September 6th, 2013 at 07:00 @333 and is filed under DailyDOOH Update. You can follow any responses to this entry through the RSS 2.0 feed. You can leave a response, or trackback from your own site.